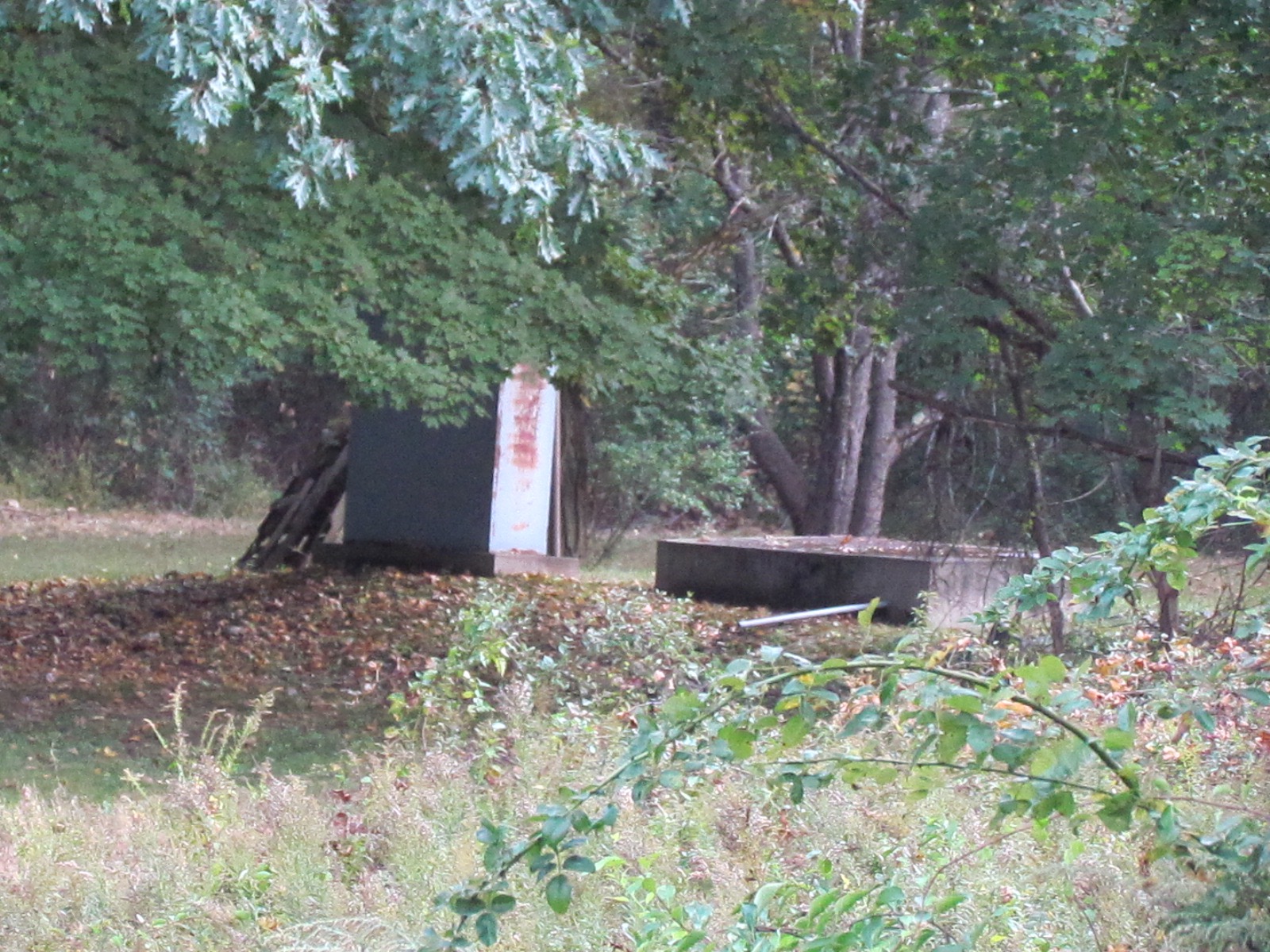 More than 30 years ago, the Aquarion Water Company dug a well in the Cannondale section of Wilton, and for the most part that well has sat unused–until now. On Oct. 2 of this year, Aquarion filed an application with the Connecticut Department of Energy and Environmental Protection (CT–DEEP) and the Connecticut Department of Public Health (CT–DPH) to begin pumping water from that well–to the tune of up to 1 million gallons per day.

The application itself is a 432-page document, which Aquarion’s director of public relations Peter Fazekas provided to GOOD Morning Wilton. We have included links to pdf files for portions of the application here, as well as maps and pictures from the document.

According to the permit application, Aquarion (a subsidiary of Eversource) is asking CT-DEEP to be allowed to divert water via the Cannondale well from both below-ground sources and the Norwalk River in order to supplement and augment the water it currently draws from the Greater Bridgeport System in Fairfield. As the application’s executive summary explains, “it will provide Aquarion Water Company flexibility to more effectively and reliably move water throughout the Greater Bridgeport System and improve drought resiliency.”

It would allow the company to provide its customers in Ridgefield, Redding and Wilton with water from a closer location and help reduce stress and overuse of the Greater Bridgeport System and the Hemlocks Reservoir in Fairfield, which currently now serves customers in Southwest Fairfield County and Ridgefield.

“Part of that [Cannondale well draw] would be going to our regional pipeline and it would also be going into our other pipelines that move water to Ridgefield, Redding, Wilton, New Canaan, Darien, and Stamford,” Fazekas explained. “It’s pulling water more locally to those towns versus bringing water from Fairfield all the way to those towns. Currently, our Wilton customers, they’re getting water from Fairfield.”

He later added about the Cannondale well draw, “It just makes sense. It’s a shorter distance.”

If Aquarion is granted the permit, it would allow the company to draw water on an ongoing basis–not for just a limited period of time.

This well is the only well Aquarion has in Wilton. It’s located between Danbury Rd./Route 7 and Pimpewaug Rd., just south of the Cannondale train station. There is an existing building on the property–a pump house–that is accessible from Cannon Rd.; it sits nestled on land between the Norwalk River and the wetlands created by the Department of Transportation after the widening of Route 7 a few years ago. According to the application, if the permit is granted, a minimum amount of construction would be required to make the necessary connections between the well and the pump house, and from the pump house to existing water mains nearby. A “small” water treatment facility would need to be built as well in order to purify the water before transferring it to customers. Within the treatment facility, water would be treated through the addition of certain chemicals, including chlorine, fluoride, corrosion inhibitor and pH adjustment.

Impact on the Water Tables, Wetlands and Surrounding Areas

According to the application, studies were done to determine the water supply capacity of the Cannondale Well Field when the well was originally installed. At the time, it was found to be able to yield over one million gallons per day; in fact a 90-day aquifer test performed in 1984 demonstrated that the well could actually yield more than that–up to 1.5 million gallons per day.

Aquarion has been exploring the ability to begin diverting water through the Cannondale well for many years–the executive summary refers to at least one pre-application meeting in 2011. Several environmental studies were conducted and extensive test reports are included as appendices in the application. Approximately 30% of the daily draw of water would come from the Norwalk River, and the remaining 70% would come from the well field. Included in the application is an extensive water conservation plan and descriptions of mitigation measures to reduce impact to the surrounding area.  Fazekas explained, “As part of that mitigation no more than 10% of the average flow in the river would be utilized. With that mitigation measure in place, that million gallons could potentially drop to less than a million based on how it’s impacting the river.”

Continuous monitoring would be part of the plan and adjustments could be made as necessary, Fazekas said.

“We would be monitoring how the impact on the river and on the wetlands. There’s certain months where we may not be able to actually utilize the well based on any impact to the wetlands.”

In its application, Aquarion wrote that there would be “no significant impact” to the 57 properties identified within a 1,000-ft. radius of the Cannondale well.

“A total of 57 properties were identified within the 1,000-foot search radius. Of the total properties, 19 are undeveloped, one (1) is used as a golf course and seven (7) are AWC customers (includes the well field property). A total of 30 properties currently rely on private water-supply wells. The available well completion reports confirmed that all private water-supply wells located within the survey area are constructed within the bedrock aquifer. The Cannondale Well Field withdraws water from the overlying sand and gravel aquifer; and consequently, no significant impact to the nearby private bedrock wells is expected from the operation of the Cannondale production well.

As previously discussed above, potential impact to two overburden wells located within 1,200 feet of the Cannondale production well may need to be addressed if the production well were to be utilized continuously at full pumping capacity. In the event that any complaints of damage to private wells located near the well field are received, Aquarion will evaluate whether their operations have the potential to have created the problem being reported. This is important because most private well problems are caused by unusual usage of the well by its owner (exceeding the normal recharge rate to the well), pump problems, or interference from adjoining residential wells. If it appears that their operations maybe responsible, Aquarion will work with the local health department and the Connecticut Department of Public Health to further evaluate the situation.

The application contained an Environmental Report dated December 2017. It was conducted by LandTech, an environmental engineering firm based in Westport. That report evaluated the impact this plan would have on the surrounding area. GOOD Morning Wilton has quoted sections that seem pertinent to conclusions LandTech drew in the report. (Any text appearing in bold italics is emphasis added by GMW.)

“In order to protect trout habitat in the vicinity of the well field, stream base flow must be maintained and the well withdrawals need to be incorporated into an overall water management plan to mitigate impacts during low flows. It will be necessary to maintain some deep water pools for adults, and riffle habitats for juveniles during low flow periods. The enhancement of trout habitat through the creation of additional habitat cover for all life stages of brown trout should also be considered.”

Editor’s note:  Over this past summer multiple dams on the Norwalk River were demolished as part of an effort to encourage fish to swim upstream. Fazekas confirmed that Aquarion was not involved in that effort and that it was not related to the Cannondale Well or the application.

“The two piezometers showed no discernible impact from the pumping. Throughout the test an upward vertical flow gradient was observed at both piezometers. Based on the aquifer test data, impacts to Goetzen Brook, its associated wetland habitats, and the whiter river crayfish from pumping of the production well at the requested water withdrawal rate are not expected.”

“Because of the distance between the production well and the pond (approximately 1,300 ft), and the small amount of drawdown observed after 3 days of pumping, impacts to the recreational pond are not expected.“

“Well withdrawals need to be incorporated into an overall water management plan to mitigate impacts to wetland water levels.”

What Does this Mean for Wilton?

News about Aquarion’s permit application and intent seems to have caught town officials by as much surprise as it did residents who learned of the water company’s plan. Mike Conklin, Wilton’s director of environmental affairs released a statement from the town, and declined to make any other comment beyond the statement:

“On October 4th, the Town received notice that Aquarion Water Company of CT submitted a permit application to the Connecticut Department of Energy and Environmental Protection (DEEP) to divert water from a well in Cannondale. Aquarion indicated the application was made to address water issues outside of Wilton.

“We consider this a serious matter.

“Right now, a team of staff is gathering the facts, which will include meeting with representatives from Aquarion and engaging the assistance of outside experts.

“Further updates will be provided once more is known.”

It may not necessarily be surprising that town officials are hearing about the water diversion plan for the first time now. Fazekas made a comment that may explain why it’s something Aquarion has dealt with on a state level, versus with the town:  “That basically has to be approved by the state–it’s not the town’s water, it’s the state’s water.”

According to Fazekas, the company has recently reached out to town officials, among others, to discuss the plan for the Cannondale well. “We have reached out to the stakeholders, to set up discussions with them and the town is in that list of stakeholders. Ultimately working with those stakeholders and State, we’re looking to create an operating plan that’s acceptable to everyone.”

Fazekas did say that the company expects the application process to take time. “We’re years away. I mean just from the permitting process that’s just one step in many including, let’s just say once that diversion permit’s approved then we have to go through the whole treatment process to get treatment approved. At best maybe 2020?” he said, adding, “We’re at the very initial step here, so this is just the start of this process.”