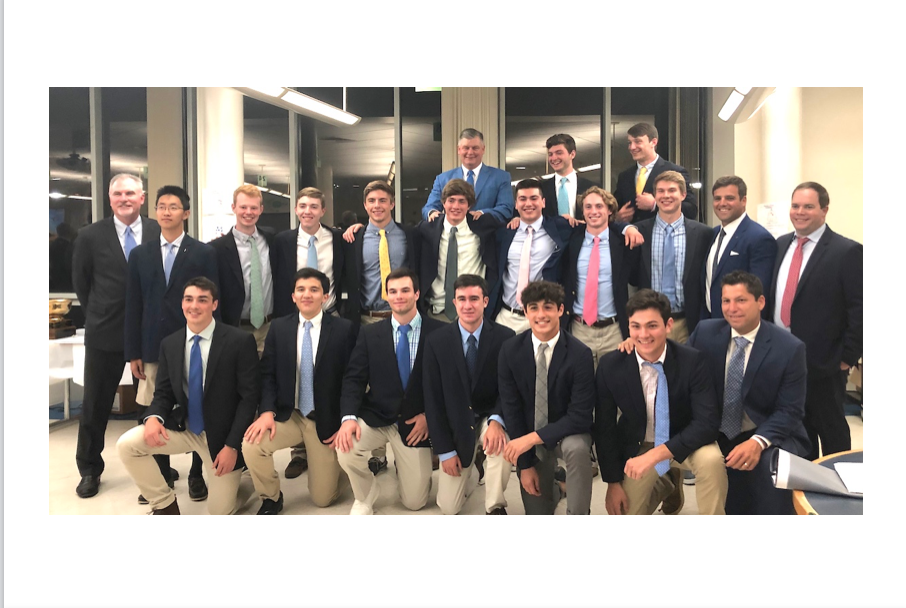 The Wilton High School varsity boys lacrosse team had a standout season, making it to the Championship finals in both league and state competition. Kris Herlyn, the mom of graduating senior player Drew Herlyn, posted (on Facebook) an emotional tribute to the players and coaches following the team’s season-ending banquet. GOOD Morning Wilton asked Herlyn to reprint her post, to share what she called “the class and heart” of the team.

The 2019 Wilton High School  Lacrosse banquet closed out the season Sunday night the way the whole season was played:  with class and heart. Players, parents and coaches squeezed into the Cider Mill cafeteria in a throw back setting that seemed especially fitting for this group of seniors who have been playing together since before they were in third grade there. Coach Steve Pearsall set a poignant, gracious tone from the start with mention of his new lax community service program and heartfelt thank yous to all volunteers, and in fact, all parents who never stopped supporting the players and coaches and never  got  chippy when the chips were down. The evening continued with praise not just for the team’s amazing comeback and broken and newly set records–they started the season 1-7 and were the first Wilton team to play in both the FCIAC and Class L State Championship games in 15 years–but mostly for how they came together as a team like few have, in large part because their wonderful captains gave a voice to all players. There were some particularly special moments at the banquet which included:

There was also much good news in the awards category :

There were also recognitions of the previously awarded All FCIAC Honors and freshman and JV standouts.

The good news continued on Monday when first year head coach Pearsall was named the CT Lacrosse Class L Coach of the Year;  assistant coach John Wiseman was named as Assistant Coach of the Year; and goalie Andrew Calabrese was nominated for the Ruden Report Player of the Year in an online vote that will continue through Thursday, June 13. [Editor’s note:  Calabrese is currently in the lead as of Wednesday morning, June 12.]

Sunday evening’s banquet closed with a beautiful video which I am sure touched the hearts of the senior parents more than usual since it brought their sons’ high school sports careers to a close. But to end those careers with this team, these coaches and these parents … we couldn’t have asked for anything more.  The senior players agreed. 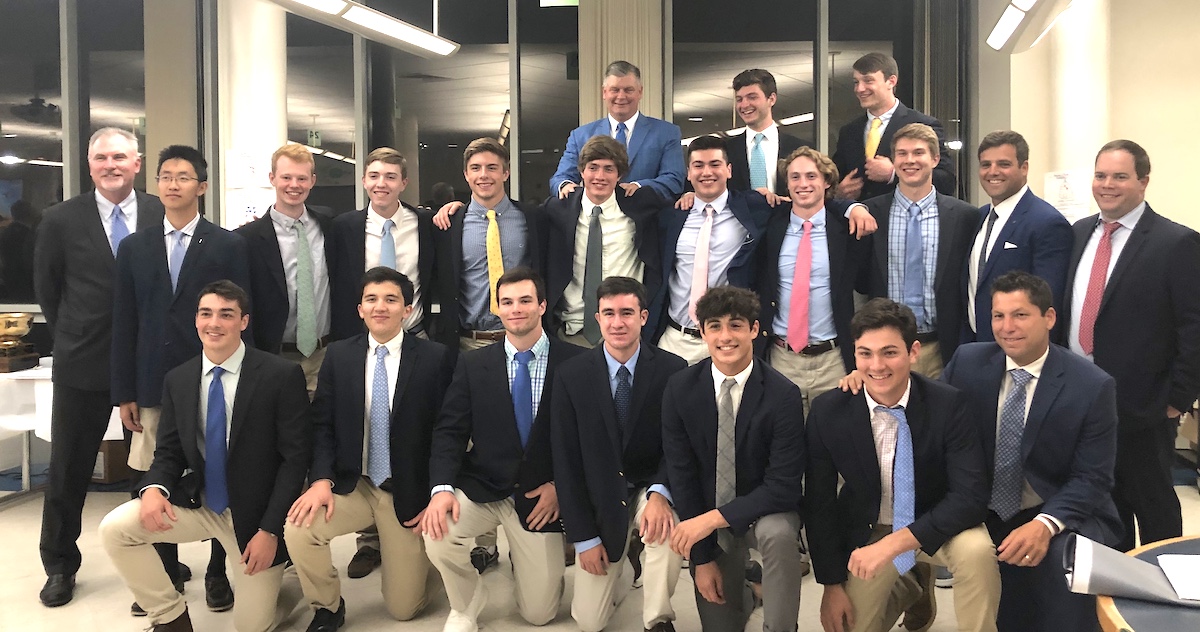