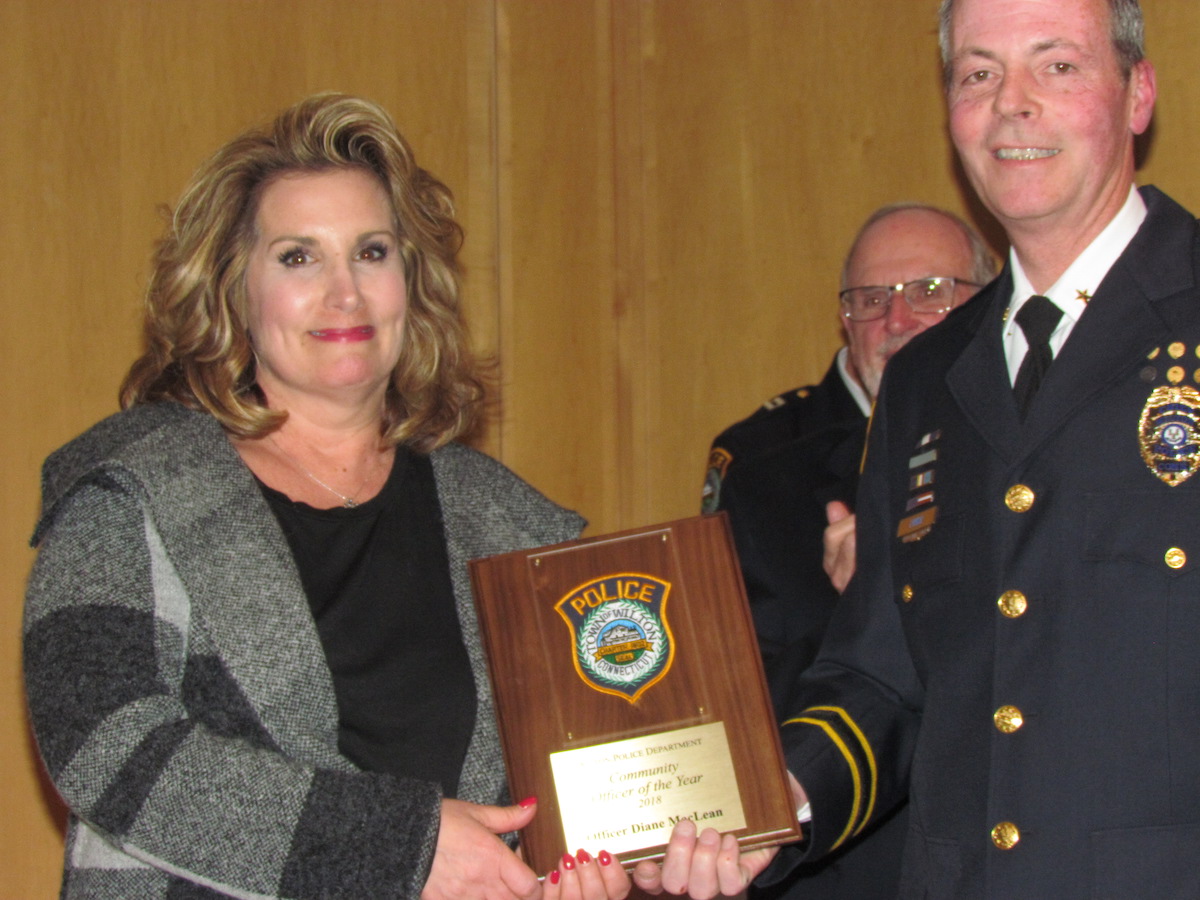 School Resource Officer (SRO) Diane MacLean has announced she is retiring on Oct. 1, 2019. A Wilton police officer since 2000, MacLean has held the ‘second’ SRO position at the Wilton Schools since August 2014.

Often called ‘Officer Friendly’ by students and parents alike, MacLean has become a community favorite who is well-known to many Wilton residents. Last March, in recognition for her work, she was named Community Police Officer of the Year, an award that acknowledges members of the Wilton Police Department who have demonstrated outstanding service to the community with particular emphasis on the Wilton Police values of Integrity, Respect, Professionalism, and Community Support.

MacLean was recognized not only for her devotion to raising funds for the Special Olympics–including rappelling down the side of the 34-story Mohegan Sun Report Tower for the “Over the Edge” fundraiser–but her embrace of community policing. At the award ceremony, Chief John Lynch said that MacLean, “…has become a recognizable, familiar, and comforting face in our Wilton school district. [She] has made great strides in forging lasting relationships with our school’s students, parents, teachers, and administrators. In that assignment, this officer also rolled out the C.A.R.E. initiative – Caught Acting Really Exceptionally – a program established to encourage and reward random acts of kindness by distributing ‘tickets’ (gift cards) from participating merchants when a school-aged youth displays an act of kindness, ethics or integrity.”

MacLean’s retirement leaves the second SRO position vacant. According to a press release issued by Capt. Rob Cipolla, officials are hoping to fill the spot quickly. “The Wilton Police Department, the Wilton School [District] and the Board of Selectmen are committed to maintaining the SRO program and will fill the vacated position as soon as possible. SRO Rich Ross will cover Diane’s SRO duties until a permanent replacement is assigned.”

The statement added, “Diane has served Wilton well making community policing and school safety a priority in her career. Diane will be missed and we wish her the best in her future.”