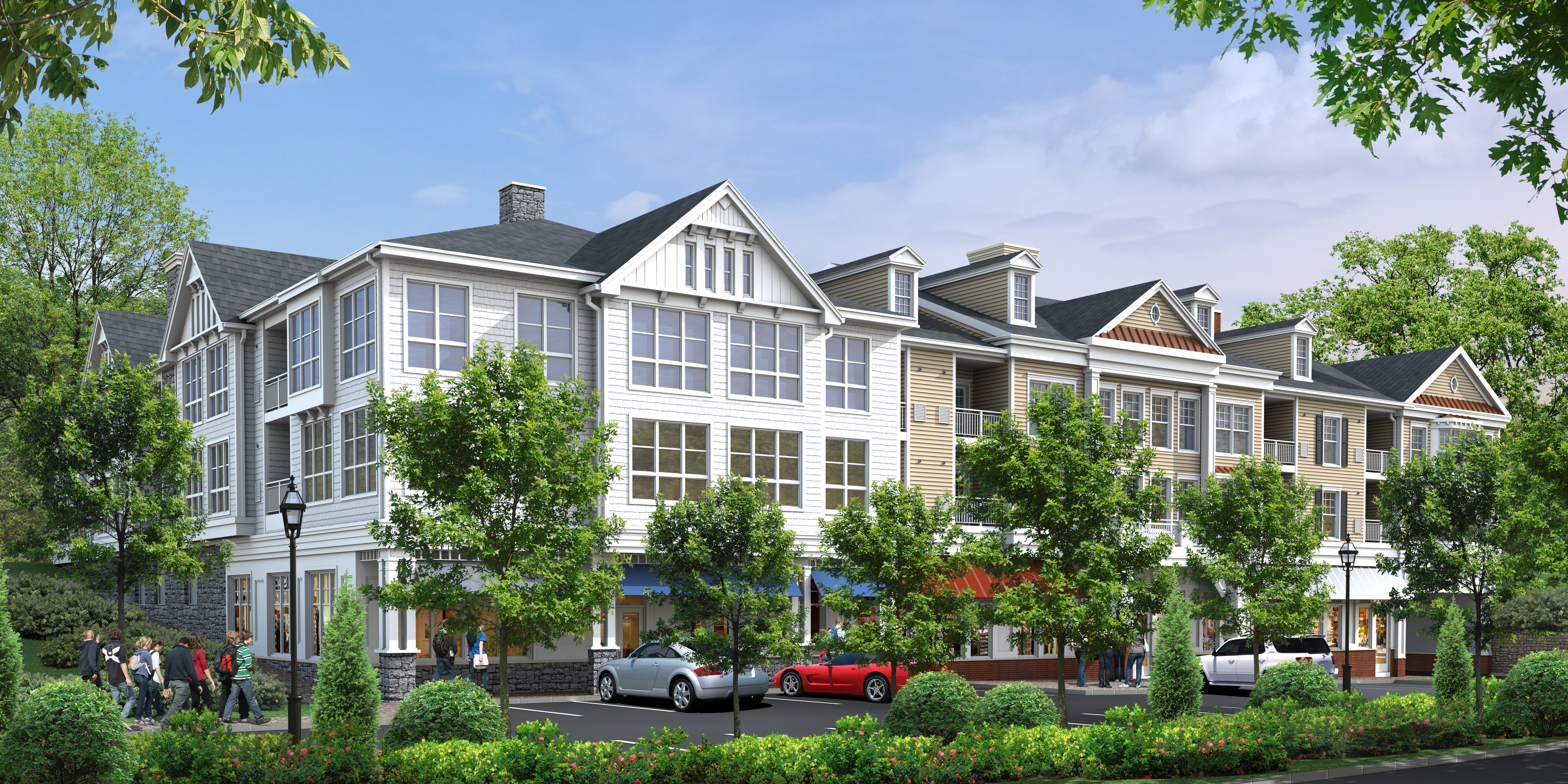 P&Z has held multiple public hearings on two applications filed by Wilton Heights LLC–one seeking a zone change for three residential lots adjacent to the plaza at 3, 7, and 11 Whitewood Ln., from Residential (R-1A) to Wilton Center (WC) District; and the other proposing text changes to regulations on building height and lot size requirements (area and bulk).

The project has been helped by significant community support at public hearings held by P&Z during the application process, as dozens of residents turned out to show their approval. Some residents of the neighboring Crowne Pond development spoke in opposition, but other Crowne Pond residents joined with the supporters.

Paxton Kinol, developer of the planned Wilton Heights project, has described it as a mixed use commercial and residential development for the parcel now known as Crossways Plaza at the intersection of Danbury Rd. and Ridgefield Rd. (Rtes. 7 & 33).

The proposed development includes two buildings that will be designed to appear to be five separate structures in a downtown setting. There are two and one-half stories of residential space above one-story of neighborhood type retail that will be broken into 5-10 separate businesses. There are 74 residential units currently planned. Retail parking will be in front and on the sides and residential parking will be hidden from view under the buildings. Some of the structures are touching, which the Kinol has said adds to a village appearance.

“We are really pleased with the unanimous approval tonight,” Kinol told GOOD Morning Wilton following the meeting. “I want to thank the residents, our neighbors and business owners that showed up in support, what a big difference it made. I look forward to working with the commission further on the special permit applications and site plan.”

He was referring to the next step in the approvals process–an application for the specific project itself. That application is “to allow stores and shops for the conduct of retail business pursuant to Section 29-6.C.3.a of zoning regulations; and to allow dwelling units located above street level stores/offices pursuant to Section 29-6.C.4.b of zoning regulations, for property located at 300 Danbury Road and at 3, 7 and 11 Whitewood Lane, and additional properties on Whitewood Lane known as Assessor’s Map #58, Lots #37 and #39.”

The public hearing on that application was originally scheduled to open at last night’s meeting, but it was continued until Tuesday, Nov. 13.

“I hope the same group will show up on Thursday night to let the Wetlands commission know how strongly in favor of this project they are,” he said.