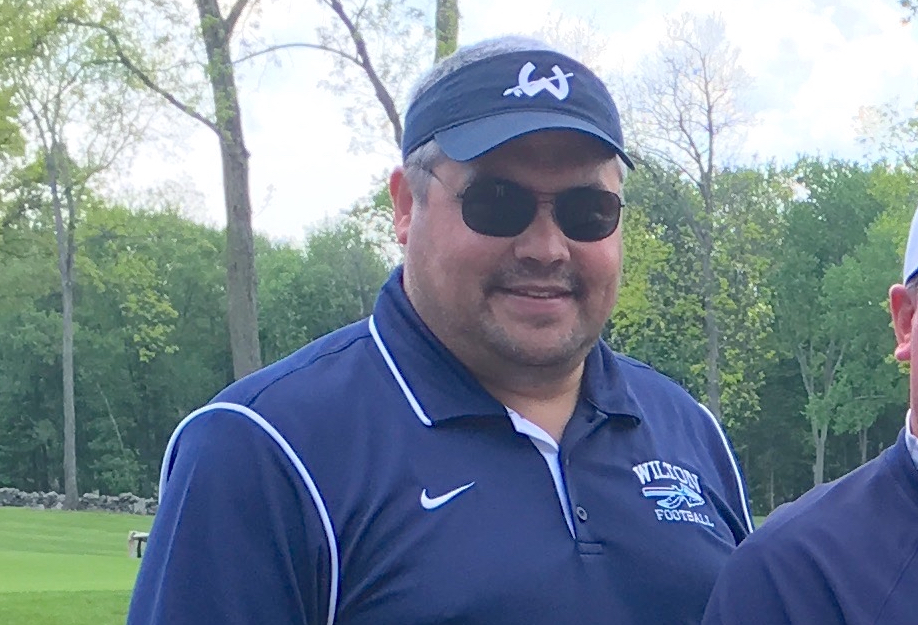 Captain Rob Cipolla of the Wilton PD confirmed that Colburn, a Wilton resident, turned himself into the department on Friday evening, Aug. 9, and was charged with first degree larceny and third degree forgery in connection with the case.

“Mr. Colburn was president of the boosters’ club, and in his role he was entrusted with the monies that came into that organization with the purpose of them being used legitimately to support WHS football, for cheerleading and youth football, and ultimately he abused that privilege and put that money toward personal use,” Cipolla said.

Cipolla declined to confirm exactly how much money Colburn reportedly took but says based on the first degree larceny charge, investigators believe it is well over $20,000.

“We are still investigating it, and have some search warrant returns that we’re waiting for from various financial institutions that could shed more light on additional monies, but at this point we have been able to establish an excess of $20,000,” he explained.

According to Cipolla, the investigation was started after police were contacted by Wilton High School football coach, E.J. Dinunzio and members of the booster organization who had been alerted by several vendors about unpaid bills.

“Invoices weren’t being paid, and there were a lot of late payments. When they tried to get answers from Mr. Colburn, who was in charge of the finances, the answers and responses weren’t adding up,” Cipolla said.

Financial discrepancies began coming to light in late 2018 and early 2019. Cipolla said Colburn has been affiliated with the booster organization’s executive board since 2016, and gradually asserted increasing control over the group’s financial matters.

“In the beginning stages, he had some assistance in terms of an executive board, but some time further on in his tenure as booster president he managed to be the sole person in control of the boosters’ finances, so there was not much oversight or questioning on monies in, monies out. Around 2017/2018 he was able to assert sole control over booster-related bank accounts,” Cipolla explained.

Police have established that money paid to the WHS Football Boosters was diverted to other accounts.

“Part of what the investigation unveiled to this point is a lot of the activities of the boosters were paid through PayPal, and we were able to establish that when money was going into the Wilton Boosters’ PayPal account, it was transferred and diverted into personal PayPal accounts belonging to Mr. Colburn. From there we could see that personal expenses were being paid from that PayPal account,” Cipolla said.

As for establishing Colburn’s possible motive, Cipolla said that the affidavit filed with the court includes some possible explanations of potential debts that diverted money was intended to cover.

“Our investigation did show that there were definitely some financial difficulties that he had encountered that perhaps could be a motive for, for why this occurred,” Cipolla said.

As of now, Colburn is the only individual police have arrested in relation to the investigation. While there are no other arrests planned, Cipolla reiterated it’s still an ongoing investigation.

“He’s the only person who’s been arrested. There’s a lot we’ve been able to establish as probable cause to make the arrest, but there is still investigation to be done. There’s still financial records and other evidence to comb through, that we’re waiting for search warrant returns on and various other avenues of investigation. He’s been our main suspect this whole time, [but] I don’t want to say that nothing else may surface because it is still active,” Cipolla added.

Since the investigation has come to light, a new booster organization has formed as a means to distinguish itself from the old group. In June, Artie DiRocco, the founding president of the “Wilton Warrior Gridiron Club,” the new booster organization, spoke exclusively with GOOD Morning Wilton to announce the launch and describe the steps the new group was taking to create more financial checks-and-balances and security for members.

Cipolla said that in addition to issuing numerous search warrants with “various financial institutions,” police conducted numerous interviews with members of both past and present organizations. Several individuals involved with both the original booster group and the new organization, as well as other members of the community, were cooperating fully with the police investigation.

“The new formulation of the boosters, and those who had been involved with the boosters in an executive board role did say that they wanted to move forward in us pursuing this investigation. There wasn’t going to be any kind of side restitution or anything, they wanted the criminal investigation,” Cipolla said.

Booster organization sources have told GMW that an attorney for Colburn discussed ‘restitution’ or ‘repayment’ of funds, but that no specific amount was offered. Cipolla confirmed that the affidavit filed with the court references such an offer, but he declined to comment further on any specific details.

Asked whether Colburn was cooperative during the investigation, Cipolla answered, “He exercised his right to counsel. In terms of that, there wasn’t any cooperation in terms of interviews or stuff like that. He had an attorney basically from the get go.”

Colburn was released on a $50,000 bond that he posted at the time of his arrest Friday night, and will be arraigned most likely on Friday, Aug. 23.

In the meantime, police are asking that anyone with additional information on the case come forward and contact them.

“If there is still useful information that people feel is noteworthy, we’re still actively looking into this,” Cipolla said. “We would appreciate any public information that hasn’t been unveiled at this point.”