Considered the “greatest expression of the Christmas spirit,” A Christmas Carol will be staged as a one-man performance at the Wilton Playshop on Dec. 10, 11 and 12. Patrick Spadaccino, the talented actor who plays 25 roles, is no stranger to the play or the Playshop.

In preparation for his visit for lunch and an abbreviated performance of his version of the classic at a recent Wilton Kiwanis Club meeting, Spadaccino was interviewed by Kiwanis Club member Jack McFadden about the actor’s relationship to Wilton, as well as insights about this timeless Christmas classic.

Jack McFadden:  What is your connection to Wilton? Did you attend Wilton schools?

Patrick Spadaccino:  My family has lived in Connecticut all my life. We moved to Wilton in 1976. I attended Our Lady of Fatima [School] for sixth through eighth grades, and then attended Wilton High School. Though I’ve lived in seven towns in Connecticut, I think of Wilton as my hometown, and I think of the Wilton Playshop as the place where my love for theater was fanned into a white-hot flame that burns to this day. (It was my first theatre company during high school — my name is still on the wall backstage!)

My mother eventually moved to Florida in the early 90s, so I no longer have family in Wilton, but my deep fondness for the town will remain for the rest of my life.

JM: How many times have you performed A Christmas Carol?

PS: I’ve played the role in several different versions. I’m not sure if you count the plays I planned as a child (Christmas Eve performances for my family), but between the musical version of the show that I wrote and this solo adaptation, I’d estimate that I’ve performed in this story just under 50 times.

JM: Who is your favorite character to play in A Christmas Carol, and why?

PS: That’s a tough one. If you forced me to pick just one, I’d say Scrooge, because he’s the character who changes, and change of this magnitude is always interesting and challenging for an actor to portray. I also love playing Marley because his condemnation (and pity for his still-living friend) provides the impetus for the entire story. He sets the stakes, and they are both terrifying and eternal in nature. If Marley is played for laughs, or if his message and abiding torment is softened in any way, then Scrooge’s resulting transformation and repentance are correspondingly diminished.

Lastly, I also enjoy playing Cratchit because he is the very archetype of patience and love born of faith. He doesn’t hate Scrooge. On the contrary, he does as his Savior instructs: he turns the other cheek; he goes the extra mile. He toasts Scrooge when most people might react in a way more akin to Mrs. Cratchit. It’s not that Bob is weak or a pushover — it’s that he has truly internalized the ideal of “peace on earth, goodwill to men.”

JM: Which film version of A Christmas Carol do you like best and why?

PS: My favorite musical version is the 1970 film “Scrooge,” starring Albert Finney and based on the Broadway play of the same name. I love the whimsical music and lyrics, and the scenes in Christmas past are particularly heart-wrenching. I also love that this version doesn’t shy away from depicting the horrifying alternative to repentance. (Although, I do not like their portrayal of Marley.)

My favorite film version, by a wide margin, is the 1984 George C. Scott television movie “A Christmas Carol,” originally broadcast in America on CBS. In fact, I contacted the composer of that film’s soundtrack, and he gave us permission to use some of his music in our show. I love this version because the portrayal of Scrooge is beautifully, effectively subtle. Scrooge doesn’t stalk around, barking at everyone. He is simply a cold, calculating, lonely man who, by placing money above every other concern, has condemned himself to a life devoid of love or joy. I appreciate every part of this production. It was produced on location in England, and was filmed, cast, and scripted with an eye toward realism. I think it captures every single character to perfection. My only complaint is that they were forced to leave parts of the story out for time’s sake. (…and this version contains my favorite Marley.)

To purchase tickets for the Wilton Playshop shows, visit the Playshop website.

Correction: The article was edited to clarify that Peter Spadaccino has already performed at the Kiwanis Club meeting. 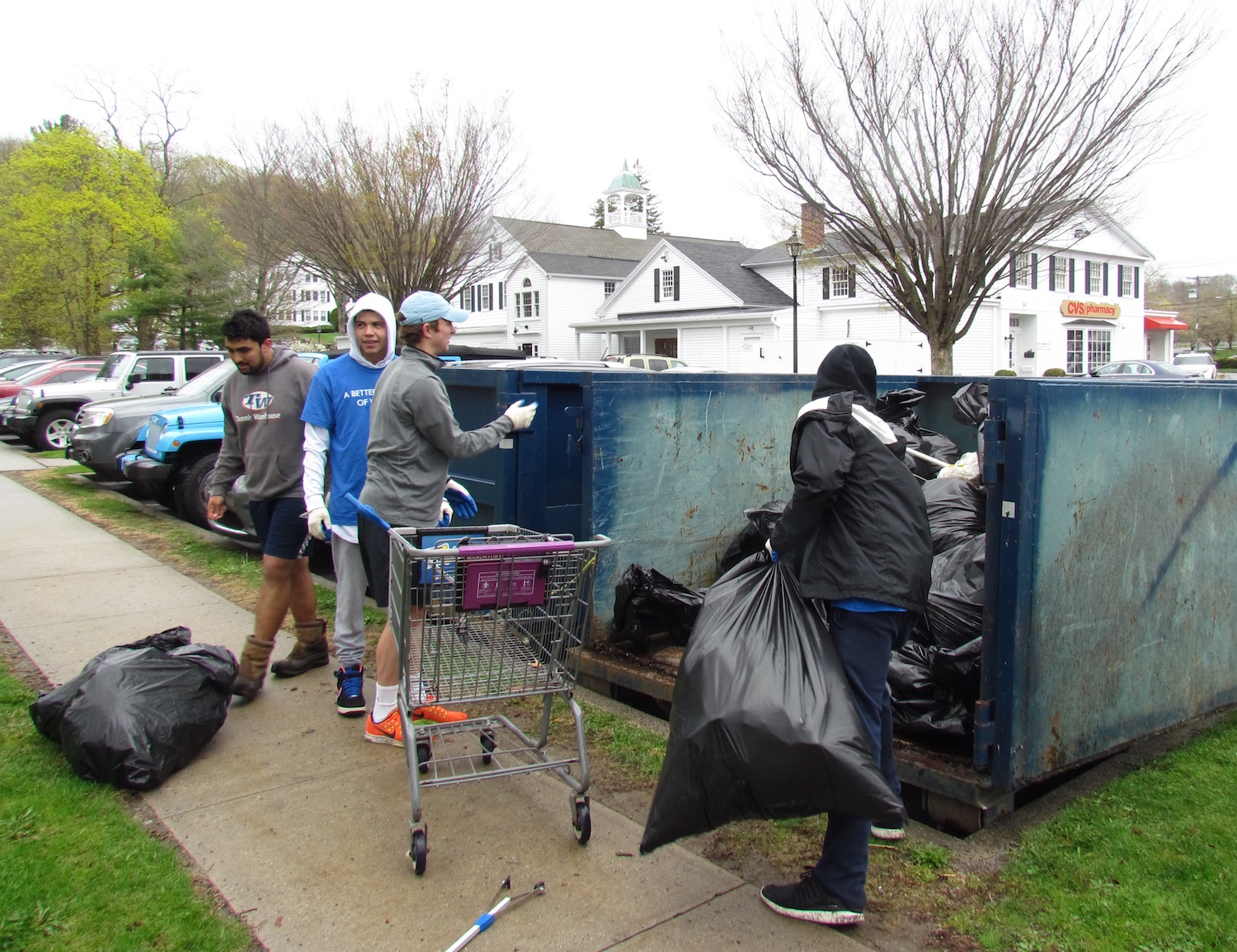