This Monday, May 30, is Memorial Day, a day to honor and remember the dedicated U.S. military members who fought to protect Americans’ freedom and defend Democracy, and who are now gone. Various weekend activities are planned around Wilton to commemorate these heroes along with festivities for residents to enjoy during the long weekend. GOOD Morning Wilton is your definitive guide to everything that’s happening over Memorial Day Weekend in Wilton.

The parade is organized by Wilton’s James B. Whipple American Legion Post 86.

The Wilton Memorial Day Parade is organized by a dedicated group of volunteers:

In addition, committee members are always looking for help from the community to place flags on the graves of all Wilton Veterans on Saturday, May 28 before Memorial Day (rain date Sunday, May 29).

All weekend, Village Market will hold its Annual Boar’s Head Hotdog Cookout. Stop by the tent in the Village Market parking lot (108 Old Ridgefield Rd.), for hotdogs and drinks for only $0.50 each from 11:30 a.m. to 2:30 p.m. Veterans eat for free.

The Wilton Education Foundation holds its 12th Annual Get Smart for Wilton 5K on Sunday, May 29, at 8:30 a.m. This family-friendly, charity event is a chip-timed race on a USATF certified course and attracts over 300 runners each year of all levels, from elite racers to beginners, local runners, teachers, seniors, moms, dads and kids, all raising visibility and funds to support the Wilton Public Schools.

Pre-registered participants receive a T-shirt. Runners of all ability levels are welcome and proceeds from the race will support enrichment opportunities for Wilton Public School students.

For anyone not in town or still not comfortable running together in crowds, registration for a virtual event is also an option and can be run anywhere and anytime from May 23-29.

Registration is online; pre-registered participants receive a free t-shirt. T-shirt pickup will be held at Comstock on Friday, May 27 from 4-6 p.m.

A tradition that is more than 35 years old, the Kiwanis Club of Wilton will hold its annual pancake breakfast at the Wilton Congregational Church (70 Ridgefield Rd.), to start the day’s festivities. Enjoy pancakes, sausages, and coffee, all served by the men and women of the Wilton Kiwanis Club.

Merwin Meadows will be opening for the summer season on Saturday, May 28. Wilton residents are invited all weekend for an open house weekend to enjoy all that Merwin Meadows has to offer — swimming pond, beach, picnic tables and grills, bathhouse, and playground. (The Women’s Room at the park is under renovation but is still usable.) Park passes will not be required for residents over the holiday weekend.

On Memorial Day, Wilton Parks and Recreation will be serving hot dogs at Merwin Meadows after the parade.

Park hours are sunrise to sunset. No dogs are permitted in the park except those on leash with their owner while walking through the park on the trail.

Check in with GOOD Morning Wilton online and on Facebook for weather-related cancellation notices. 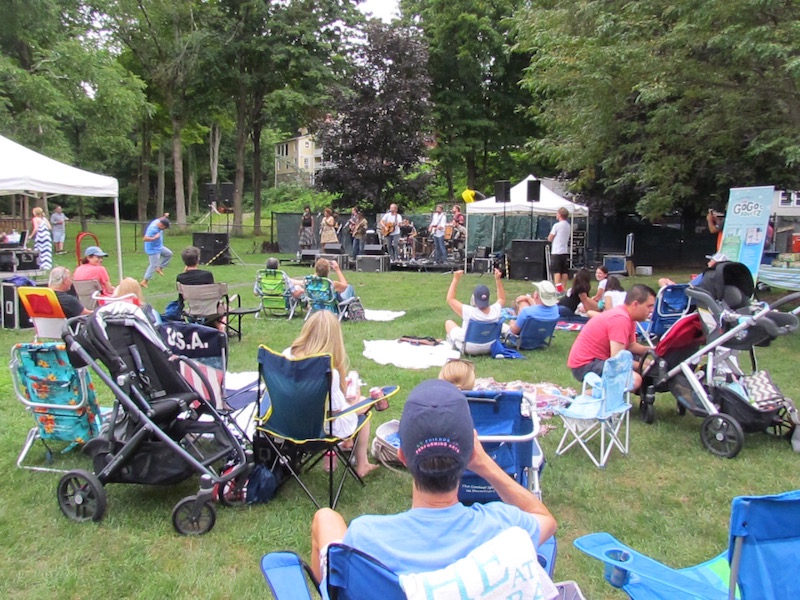