The number of acres of protected open space in Wilton is possibly about to increase, as a local conservation group has agreed to purchase two parcels originally earmarked for residential development. But the land is pricy, and the group is looking for Town of Wilton officials to support a request for state grant money to offset the cost — and that has raised some questions.

Representatives of the Aspetuck Land Trust (ALT) recently briefed Wilton’s Board of Selectmen (BOS) on the group’s ongoing efforts to acquire two Wilton properties at the end of an old abandoned town road. If successful, the purchase will expand and enhance the ALT’s already sizable holdings along the Wilton/Weston border.

At last Tuesday’s, Aug. 17 Board of Selectmen meeting, the ALT asked Wilton town officials to support its application for a state grant that would help fund the acquisition, which the ALT says would be “at the heart of one of the last significant forest block expanses in Fairfield County.”

GOOD Morning Wilton took a look at what the ALT’s pending purchase means for Wilton residents, and whether the request is something the BOS will get behind.

The ALT has entered an agreement to purchase one 4.23-acre parcel and another 5.61-acre parcel in Wilton, both owned by Honey Hill Holdings, LLC located to the north of Quail Ridge Rd. and Wampum Hill Rd., as shown in the map at top. (Note: some refer to it as the Montanaro property).

It’s a very strategic acquisition for the ALT. For one reason, the property is contiguous to other protected land, including the ALT’s Honey Hill Preserve; the pending acquisition of the 85-acre Fromson-Strassler property, just over the Weston border; and other potential acquisitions inside Wilton’s border.

The acquisition will also advance the ALT’s visionary plan to amass over 700 acres in the Weston/Wilton Forest Block.

Both of the Wilton parcels are accessed via Old 2 Rod Highway, a town-owned strip past the northern dead-end of Wampum Hill Rd.

“Highway” is perhaps a misnomer. Old 2 Rod Highway is not even a paved road, and yet this simple access way has embroiled Wilton (and the ALT, among other property owners) in litigation. In 2017, Wilton formally “discontinued” Old 2 Rod Highway as a town road, absolving the town of responsibility for snow plowing, maintenance and liability.

However, as a result of the litigation, the owner of Honey Hill Holdings, Christopher Montanaro, did receive the right to improve the access road as a driveway to his property to make it more attractive for sale.

To offset a portion of the purchase price, the ALT is applying for grant money from the state of Connecticut Department of Energy and Environmental Protection (DEEP) and specifically, the Open Space and Watershed Land Acquisition Grant Program (OSWA).

ALT representatives Adam Goodman and Donna Merrill attended the Aug. 17 Board of Selectmen meeting to request a letter of endorsement from Director of Land Use and Town Planner Michael Wrinn and Environmental Affairs Director Mike Conklin. Of note, DEEP seeks letters from town employees in areas like town planning and environment rather than from elected officeholders.

Goodman explained why the ALT was making the request. “These DEEP grants are weighed by a point system, in which support from municipal offices ranks high,” he told the board.

Ideally, Goodman said, the letters would convey “why this is a project worthy of state funding in terms of how the proposed acquisition addresses goals in the community or in Wilton’s POCD [Plan of Conservation and Development]”.

Goodman presented the case that the land acquisition “conforms with the goals of the Wilton [POCD] to preserve, protect, and maintain open space, trails, and greenways; to protect natural resources and habitats; and to preserve rural character, historical setting, and cultural landscapes.”

He also cited several ecological benefits, including watershed and watercourse protection, protection of interior forest species, and overall wildlife biodiversity, among others.

The OSWA grants are only awarded when the land will be preserved as open space in perpetuity and offers public access. The ALT has indicated the property is ideal for hiking trails and could be connected to other trail systems in the area.

Merrill noted that the current property owner’s improvements to the access way “would be a beautiful way for the local neighborhoods and people of Wilton to get into this interior conservation parcel. It’s [now] a lovely access road,” she said.

Conceptually, all of the selectmen expressed support for the ALT’s goals for the property and praised the work done by the ATL to create a very compelling grant application.

As Selectwoman Deborah McFadden said, “I like where you’re going with this. I see this as a valuable piece of property that would benefit the public in terms of what it would contribute in the connecting of the trails, the sustainability, consistent with our POCD, protecting the local ecology… This application was really quite impressive. I just want to acknowledge the work that went into and the effort that has been put forward by a variety of different people to get us to this point.”

First Selectwoman Lynne Vanderslice agreed, but hesitated on one key assumption of the grant request.

“The only thing that surprised me in the presentation was the purchase cost, because it seemed fairly high… This is what you would pay for a good lot in Wilton,” Vanderslice said, referring to the lack of road access and other potential development issues.

Even at the negotiated purchase price, Vanderslice questioned whether the ALT was over-paying for property that seemingly could not command that price in the marketplace.

“That’s my only concern because this is a state grant. It’s state money, it’s taxpayer money,” Vanderslice said, noting that a letter of support would imply agreement with the value of the property.

An independent land appraisal determined a value of $655,000. Goodman told Vanderslice there would be an appraisal review before the purchase transaction was completed, around Sept. 1.

Merrill noted that any grant money ultimately received would not cover the entire purchase price. “We’re allowed to apply for 65% of the appraised value. Typically [the state] awards far less than that. It’s usually less than 50%.”

Selectman Joshua Cole said, “I commend you for endeavoring to do this. I think it makes sense on a lot of different fronts, and even if you’re paying a little more than it’s worth, I think there’s value there to you as an organization.”

With general support, the BOS members asked for the ALT to provide additional information about the appraisal before greenlighting town employees to endorse the grant application

Though the Wilton Land Conservation Trust (WLCT) was not involved with this particular ALT acquisition, Goodman told GOOD Morning Wilton the two organizations have worked closely together.

“Wilton Land Conservation Trust… [was] instrumental in helping us envision the Weston/Wilton Forest Block,” he wrote in an email. “The WLCT also owns properties inside this forest block assemblage.”

He noted that Merrill, a WLCT trustee, and Peter Gaboriault, former WLCT president, are both on the ALT Board of Directors. 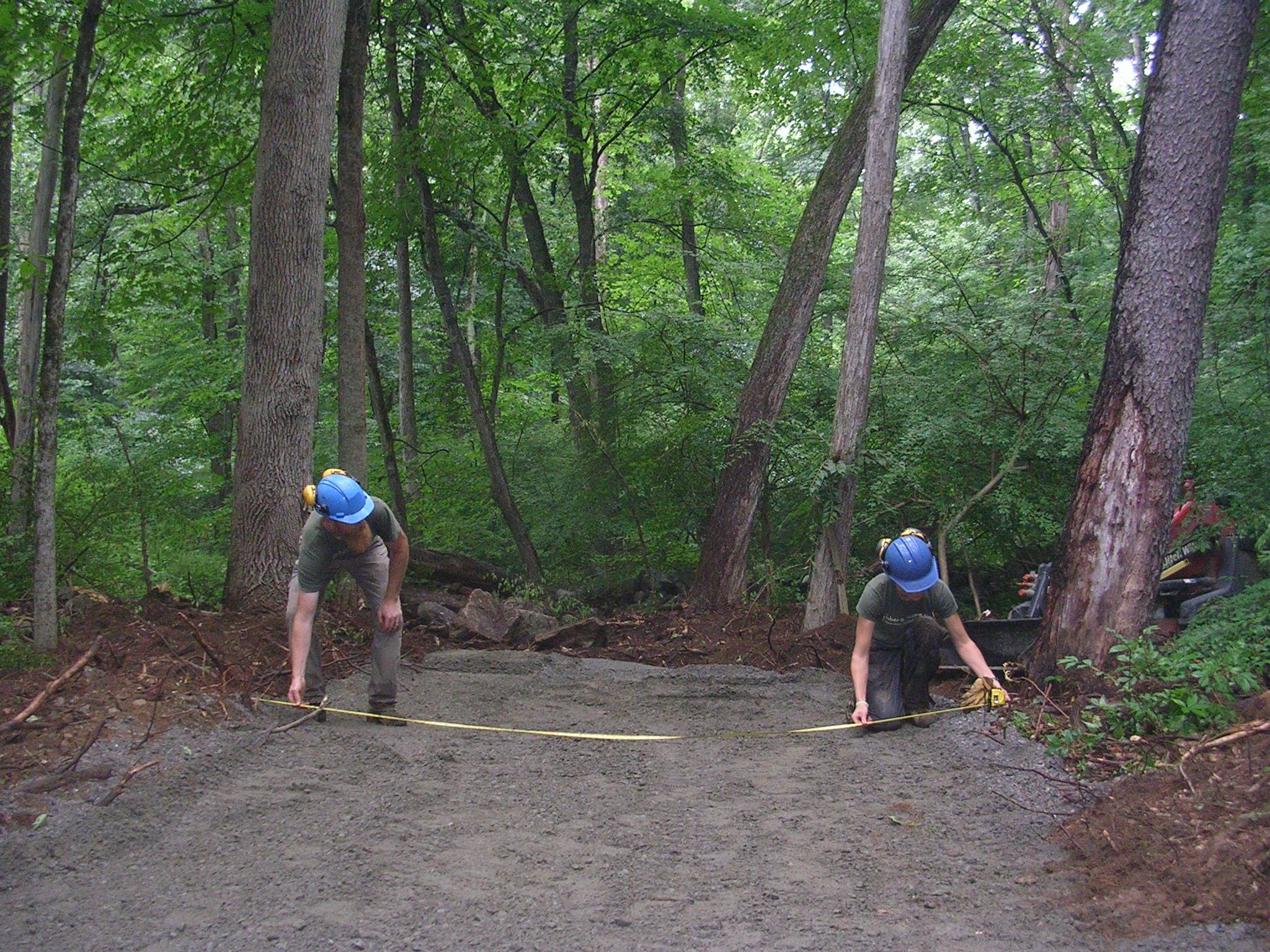