As the COVID-19 pandemic continues to challenge Wilton businesses and the holiday season approaches, efforts to encourage patronage of Wilton’s local merchants are already underway.

The Wilton Chamber of Commerce is leading some of those efforts.

“Shopping postcards” are available at participating Wilton retailers. When shoppers visit a merchant any time during the month of November and make a purchase of $25 or more, their postcard will be stamped by the merchant. Postcards with three stamps can then be submitted for a chance to win prizes from local businesses. A lengthy list of participating retailers can be found on the Wilton Chamber website. Retailers who wish to participate may contact the Wilton Chamber.

The Wilton Chamber has also declared “Shop Wilton Week” will take place Monday, Nov. 9 through Sunday, Nov. 15. This week-long event aims to increase shopping and dining at Wilton establishments through special promotional activities. Stores and restaurants may have their own “specials” to coincide with Shop Wilton Week.

Shoppers can hunt for special QR codes found in participating retail locations, and use the tag @enjoywilton on Instagram, for a chance to win a $50 Wilton Chamber of Commerce gift certificate.

More details on these programs can be found on the “Shop Wilton Week” webpage.

Camille Carriero, the Wilton Chamber’s assistant director, told GOOD Morning Wilton that plans for Shop Wilton Week are not changing as a result of Governor Lamont‘s recent announcement that Connecticut will roll back its phased reopening plans beginning Friday, November 6.

“Even though Lamont announced the rollback to Phase 2, we will continue doing our best in the current situation to promote our [Wilton] businesses,” said Carriero. She added that many retailers are still offering curbside pickup, deliveries, personal shopping and other services to facilitate safe shopping for customers.

Wilton Hardware and Bianco Rosso, both located in Wilton center, were included in the shoot.

Jax Burke, casting director at All Of Us Casting, invited small businesses to respond to an ad on Yelp. Of all the applicants, “Approximately 10 small businesses throughout the tri-state area were filmed,” Burke said.

When asked what factors were considered in the selection of businesses to include in the commercial, Burke said, “We looked for clusters of a variety of businesses that represented authentic diversity and that are doing their best to stay afloat in these times.”

Tom Sato, the owner of Wilton Hardware, spoke to GMW with great excitement about the commercial. He credited Megan Abrahamsen, owner of the Wilton boutique Blue Star Bazaar, for spreading the word about the casting call to a number of Wilton businesses.

Sato did not know the whole strategy behind the ad, but said he thought the filming was aimed at showing “how small businesses are dealing with the new normal of COVID.” He said details such as the 6-foot markings on the floor and masks on the decorative snowmen were captured in the filming.

The filming of Wilton Hardware took place on October 20. Sato’s daughter, Lucia Sato, who is employed at the store, was also included in the shoot, but the others were extras brought in by the casting company to represent shoppers.

The new holiday display at the storefront, shown in the photo below, was put in place by the film company specifically for the ad, and Sato plans to keep it in place for the season.

According to Burke, the commercial should be out in less than two weeks, but she does not yet know if every business will make the final cut. “It’s likely that all the businesses [that were filmed] will be used in the campaign but we can never guarantee who will be featured in the final edit.” 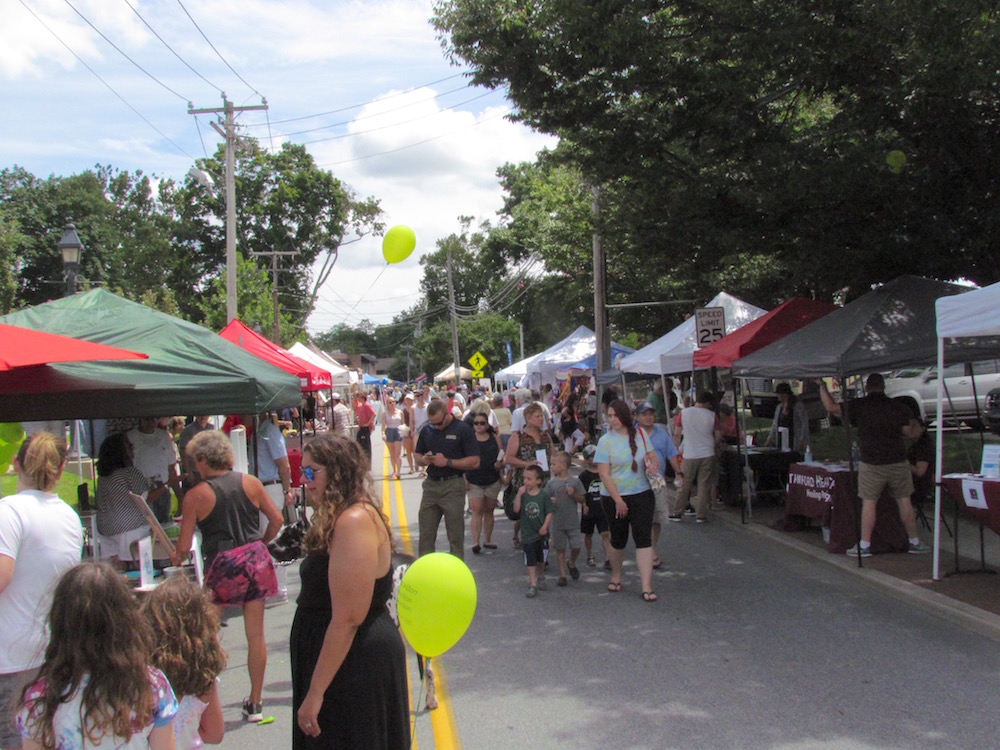