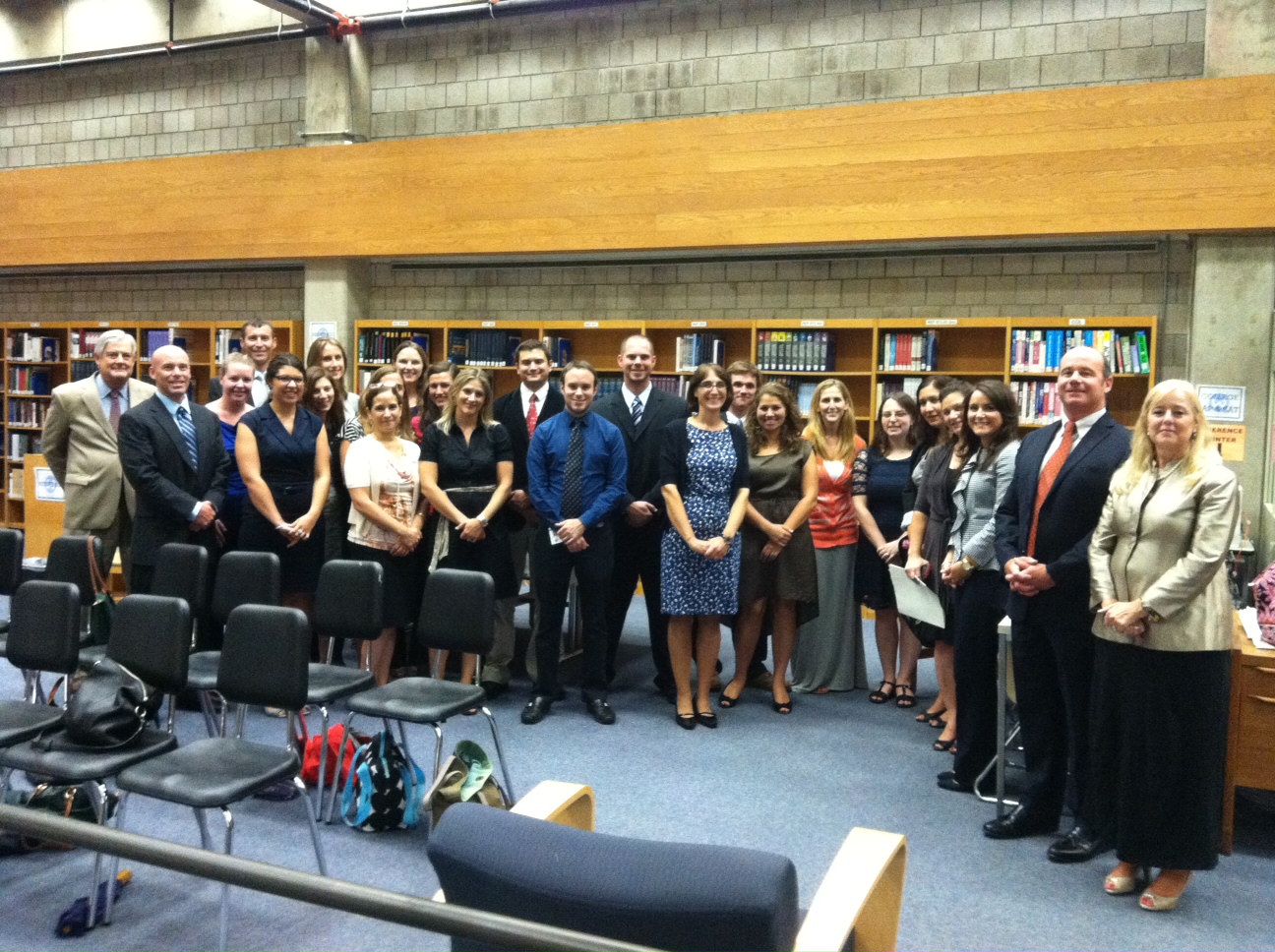 Class is officially in session for 40 new educators who joined the Wilton Public School district for the 2013-14 school year, as most of them attended a reception in their honor at the start of last night’s Board of Education meeting in the Wilton High School library. Each of the four Wilton school principals introduced their staff members individually to assembled BoE members and guests.

Before each teacher was welcomed, Dr. Michael Cicchetti, interim human resource director for the district put into context the numbers of new professionals coming into the district: “Seven administrators, 28 teachers and five support staff members. In addition, there were almost 35 certified staff changes of existing staff and 25 non-certified staff changes. So we’re not only putting people where they want to be, but we’re going to support the district in the best way possible. Almost 90 percent of our new teachers come to us with masters degrees. We have administrators with very impressive graduate study experiences. But our standards are equally as high for the support staff positions, such as paraprofessionals, campus supervisors, administrative assistants and coaches. The quality of the district really depends on the quality of all our employees and the role the support staff plays is really critical to the success of our district. It’s not just people in the classroom, it’s all those who support us so the classroom teachers can do that work.

On a lighter note, Dr. Richards also celebrated the WHS Warrior’s football team season opening win over Guilford, joking that he ‘rudely read his email’ during the evening’s earlier presentation just to find out the good news.