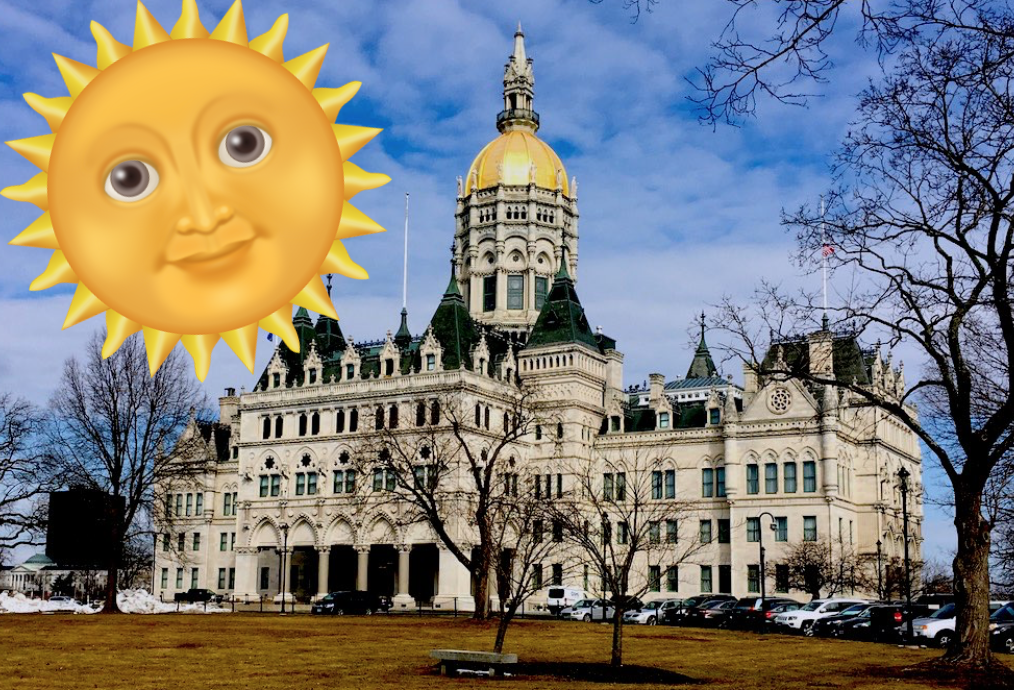 The following is an op-ed from Tom Dubin, chair of the Wilton Democratic Town Committee. Although Dubin did not specify that it is a direct response to an opinion piece published last week by Wilton Republican Town Committee chair Bill Lalor, it counters what Lalor wrote.

As this year’s legislative session in Hartford winds down it is an important time to reflect on the priorities set in Governor Lamont’s two-year budget. The budget is forward looking and moves our state strongly in the direction of fiscal stability.  At the same time, it is important to recognize that the items some in our Wilton community feared have not come to pass.

First some headlines from the Governor’s budget. Income, capital gains, and sales tax rates will remain flat.  Seniors will receive a tax cut on their social security and pension earnings.  Revenue generators are minor: several exemptions from the sales tax will be removed, and there will be a limited conveyance charge on sale of homes above $2.5 million.  The expense side of things remains prudent: the five-year trend of year over year decreases in state payroll continues, and 1,000 vacant positions are being eliminated.  And changes to state employee and retiree healthcare programs will result in savings of $185 million.

Although not strictly a budget matter, all suggestions regarding forced school regionalization have been dropped.  Credit for this outcome goes to Senator Will Haskell who bucked his own party’s leadership and was the first public voice to oppose the concept, and to the many Wilton DTC members who directly lobbied.  Important credit is also owed to the nonpartisan efforts of the Hands Off Our School group, with thanks to the Wilton RTC for the primary energy behind that group.

Every single legislative process starts with politicians creating aggressive wish lists.  This year too many in Wilton’s leadership added up every worst case tax proposal, no matter how unlikely.  At Wilton’s April 1 tri-board meeting one Republican Selectman argued that the town should announce that “we could be facing a $16 million budget gap, and… people need to have that information for their own personal planning.” This was a significant misread of the situation and such pronouncement would have wreaked havoc on an already skittish real estate market.  In fact, none of the tax measures are in the final budget. This result should not be surprising. Democratic Board of Finance member John Kalamarides traveled to meet with Hartford leaders, and repeatedly brought home the message that Wilton’s concerns were overstated.  John’s Democratic colleague on the Board of Finance, Ceci Maher, wisely counseled for cooler heads at the tri-board meeting, observing that “there is so much sky-is-falling going on,” and “the tone of leadership” needs to remain balanced.  John and Ceci were correct in their assessment and in their advice.

Want to read more opinions on the subject? Check out two letters from residents, responding to Lalor’s original piece.

Connecticut’s overwhelming fiscal problem relates to pension obligations that were underfunded for 70 years. Blame for this is shared widely, but the task at hand is to address the issue with transparency and seriousness.  These 70-year-old obligations cannot be corrected overnight or even in a few years, and the budget reasonably reschedules pension plan contributions.  This makes annual contributions more affordable but extends the number of payment years and incurs extra interest.  This is not a situation anyone desires, but the Governor is tackling the issue with purpose not exhibited by his Democratic or Republican predecessors.

The state is addressing our fiscal issues in a pragmatic and forward looking manner.  While opponents nitpick, Governor Lamont’s budget is balanced and on time.  The $3.7 billion inherited deficit is closed.  Our state’s rainy day fund is expected to rise to $2 billion by the end of September, with the likelihood of an additional $800 million within another year.  Significant challenges remain but objective observers are noticing the progress.  S&P recently raised its outlook on our state’s credit rating from “stable” to “positive.”  Connecticut is on the right fiscal track.