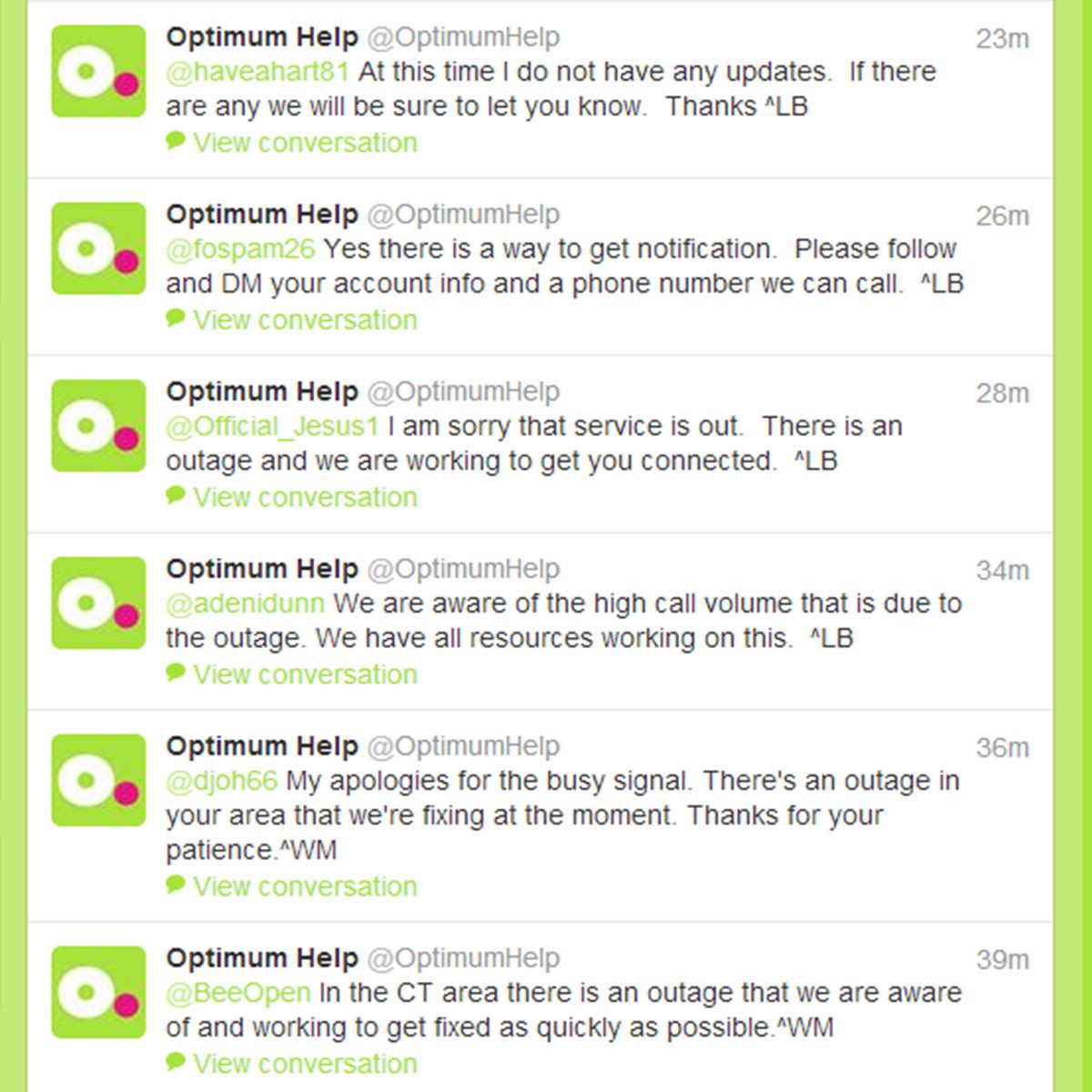 Optimum and Cablevision (News Ch. 12) tried to update customers on twitter via their support feed (@OptimumHelp) reassuring people that their engineers were working on the outages. Reports of service interruptions across the state filtered through social media and online, and the CT Post Tech Blog said service was affected from Greenwich through Milford, and as far north as Orange.

In addition, service continued to fluctuate on and off throughout the evening. Some customers said service turned on again around 8:30 p.m., only to be lost again within the hour.

As initial news of the service interruption started filtering in, Wilton Police were monitoring the situation as some of their own services were interrupted as well. They were able to receive emergency calls at their 911 dispatch line, but didn’t have Internet service either.

GOOD Morning Wilton Facebook friends seemed to be taking things in stride. One joked, “Our poor children are being forced to read books!” while others worried they wouldn’t catch Sunday night’s “Breaking Bad” airing. Someone else wondered “if this was a hint of another late August storm-a-brewin’ and school to be pushed back a week? LOL”

Editor’s note:  With the launch of GMW dependent on Internet and website service, I tried to LOL. One friend met me at her office to help with an Internet connection through her cell phone. It all makes for a great story…stressful, but we were still safe so lots to be thankful for. Now at press time of 10:22 p.m. Sunday evening, I consider myself lucky to make sure the site gets up and running for day one! And that definitely gets a LOL!