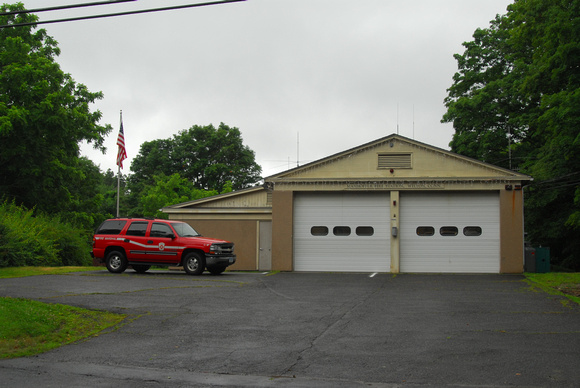 At last night’s (Tuesday, Sept. 6) Board of Selectmen meeting, the board members were updated on the condition of several of the town’s municipal buildings. Director of facilities and energy management Chris Burney presented what he called a “high level” status report on the conditions of the buildings on the Town Hall campus as well as Wilton’s additional fire house in North Wilton and Miller-Driscoll School.

First, he ran through the challenges the town faces in updating the Firehouse 2 annex, noting that the building “needs a major overhaul.” among them were:

The selectmen discussed that moving ahead with this project is dependent on the Fire Commission to present a Statement of Needs. Based on how many calls the trucks average from that station, it’s possible that the station doesn’t need as much additional room as first thought, as officials may not need to increase the current number of two firefighters there.

Then he moved to discussing the police station, about which he said, “I think everyone is in agreement is it’s undersized for the services it provides and serious issues from an engineering point of view.”

All the remaining buildings on the campus are “somewhat in need of some repair or update,” he said, adding that the Annex Building (which is the newest building on campus, but in the worst shape), while Animal Control, Town Hall, the salt shed, the Department of Public Work’s Garage and Fire House are in pretty good shape.

“What that tells me is if we looked at only the police station as in need of expansion we would not be looking at the larger picture. The larger picture is, What do we need to do to provide for consolidated services, so that we could perhaps build over the police station [and] go back over the parking lot to provide covered parking; provide more space so that we could move people out of the Annex so we can demolish the Annex, which is inefficient in terms of its utilities and space utilization.”

Acknowledging recent public comments criticism that the town has too much empty space (including rooms within the newly-renovated Miller-Driscoll School), Burney said that he and first selectman Lynne Vanderslice planned to take an inventory of space in every building in town.

“Every building, including the Board of Ed; every room; every occupant, what’s in it, what should they have, what do they have–to try to put a bottom line for the number that says we have more space than we need, or we have less space then we need, or (I think is more realistic) we can use it in a more efficient way,” Burney said.

He estimated such a survey would take approximately six months.

Burney reported that Miller-Driscoll opened for the first day of school yesterday, after holding a successful Meet the Teacher even the prior week, and that things were looking positive.

“I would say that for the first time since I’ve been here I’ve not had one negative comment about Miller-Driscoll. That’s good news. The parents like it, the teachers love it, and we’ve improved services, and everyone is excited about the future,” he said, adding that the new addition should be completed in 8 weeks, and the Board of Education will then decide when teachers can start to occupy that part of the building, based on the school calendar.

Vanderslice commended Burney and the officials involved in the construction on being able to get the building open in time for the start of the school year. “Everyone did a phenomenal job in getting this school ready. It’s an amazing job by everybody.”

She specifically mentioned Mike Douyard, the Turner Construction project manager on the renovation. “There’s nobody better than Mike. I’m thrilled he was on this project,” said Vanderslice, adding that he worked well with Burney.