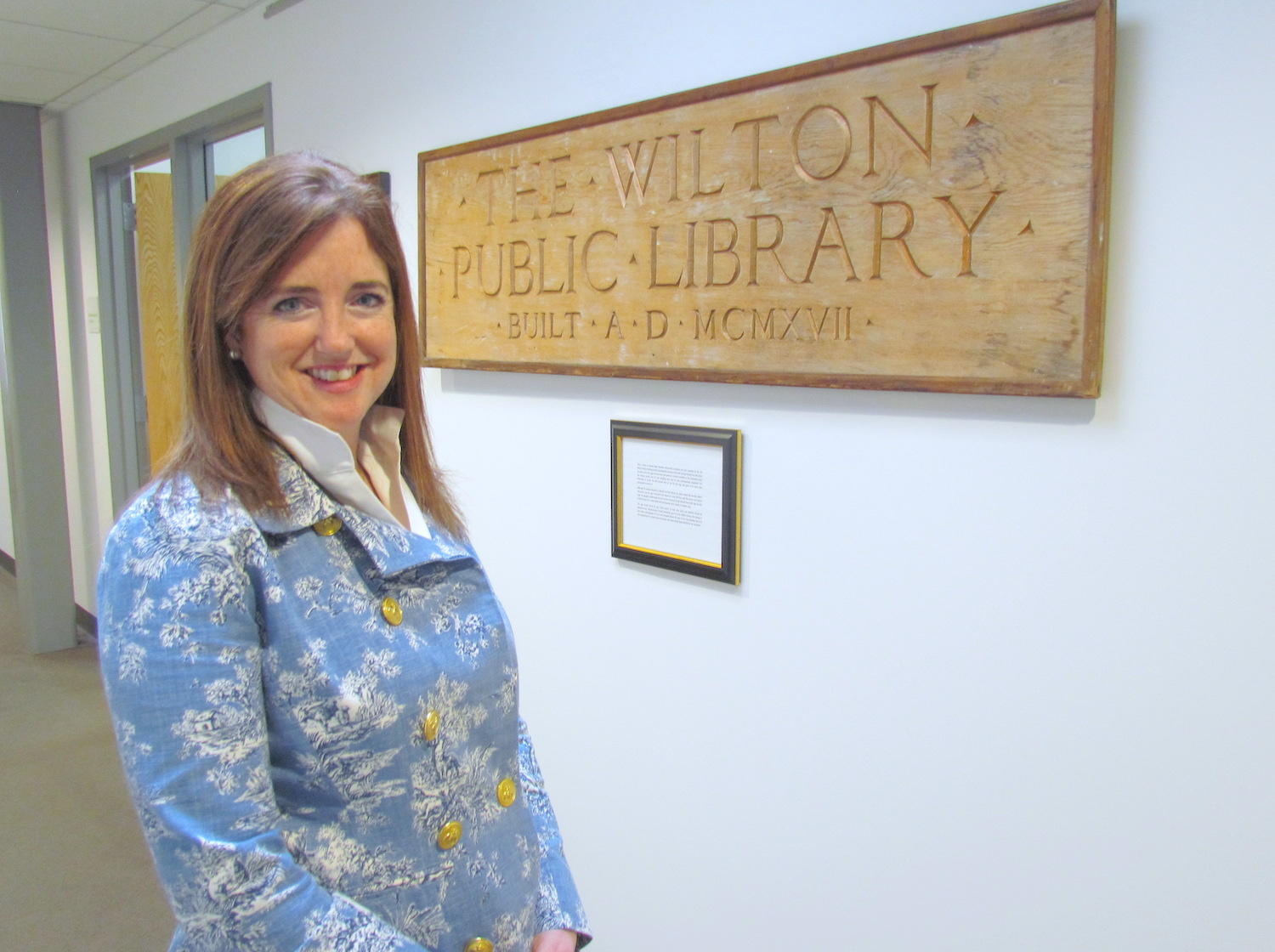 With a last name like “Lilly” you may think that Courtney Lilly has been a Wilton resident for forever, but Wilton Library‘s new development director isn’t related to the ‘other Lillys,’ longtime residents and family of soccer star Kristine Lilly. She moved here from Seattle only four years ago, but has quickly discovered just what a central part of life in Wilton the library is.

In just the couple weeks since starting her job Lilly has experienced the library’s Wilton Reads program, Martha Stewart’s visit, the Human Library and preparing for tomorrow’s annual Gala, Under the Sea.

“My family loves the library. Until I was an employee here I thought I was really using the library and knowing what was going on, but I was kind of just scratching the surface. It’s really  making me understand the community so much better, and it’s really my job to just let everybody know, ‘Gosh, we have all these amazing programs and we really wouldn’t have them without the support of the community, both financially and with their volunteer time and wanting to be a part of the library.'”

Lilly’s role is to spearhead fundraising and support for the library, both in the immediate and longterm. Key to that is helping donors small and large understand how the Wilton Library is the central heart of Wilton, literally and figuratively.

“We’re building community and it’s just across every facet of this library. It is a challenge, but I really view my role as being a storyteller of all the things that we are doing here,” she says. “This is a really stimulating environment and there are a lot of incredibly smart people that work here. From the people who work here a few hours a week to the people who work way more than full time, to the people who don’t get paid to work here, but are making these really amazing contributions.”

Nurturing contributions from within and from outside are critical parts of what a development director does. Among the projects Lilly is excited about is the upcoming 125th anniversary of Wilton Library. She is eager to get to work.

“Some of my goals while I’m here, I’m hoping to be able to thank the people who have gotten us here and find and cultivate people who want to get more involved. We have to, if we care about it, support it, and make sure that it’s there for generations.”

Thankfully she brings fundraising experience to her new job from the West Coast.

“I’ve worked for large universities and hospitals, and then I’ve worked for smaller churches, so small, medium, and large. This is medium size, so I was almost surprised, when I started working here, how many people are employed by the library. It’s really just kind of like … I don’t know if I want to say it’s like an economic force in the town, but it’s a life force in the town between people who work here, the vendors who are involved here,” she notes.

The mom of two daughters–one at Middlebrook, one at Cider Mill–Lilly stays active when she’s not in the Library. “I’m on the sports fields sidelines, we like to play tennis, we like to ski, I like to garden. We moved here from Seattle, so we’re not the typical trajectory of moving from the city and raising kids here. That has been an adjustment. Now we’re just realizing how rich a small town can be when you have kids in the school system and someone who works in the town and it all kind of comes together,” she says.