Home News Breaking News Vanderslice & Lamont: How We Get to Reopen–Explained 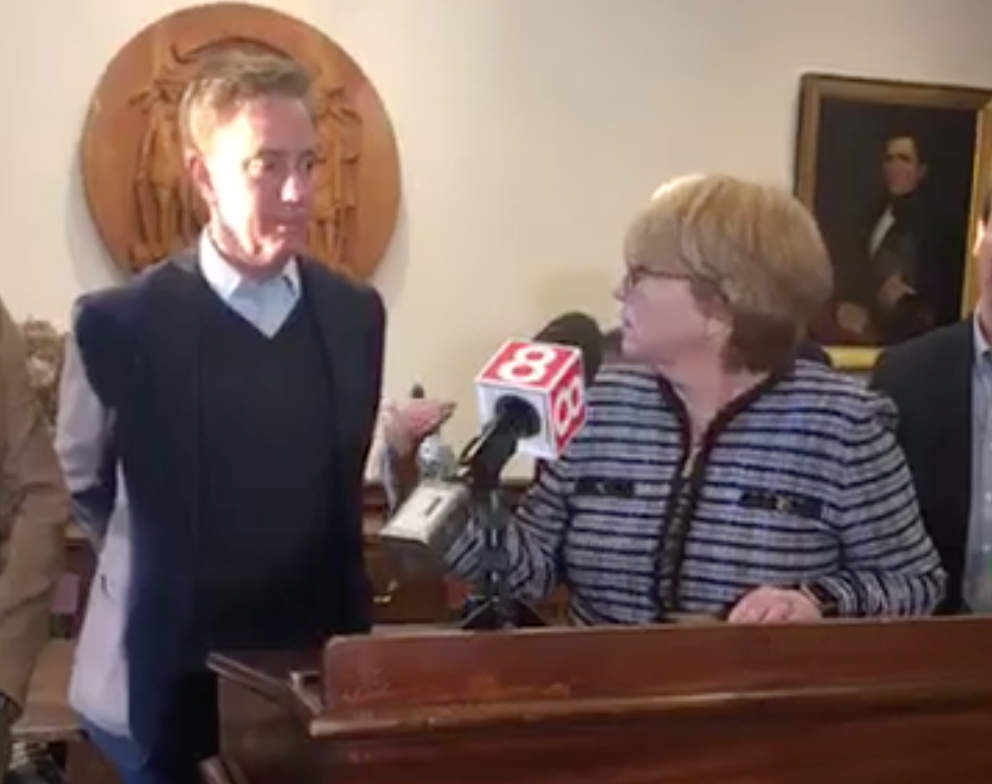 First Selectwoman Lynne Vanderslice used Thursday’s nightly update on Wilton’s COVID-19 response to explain to residents where Connecticut is with regard to reopening–and just what else needs to happen in order to be able to do that by May 20. She gave an overview of Gov. Ned Lamont‘s earlier press briefing with the Reopen CT Advisory Committee co-chairs status report and evaluation as to our progress towards achieving the stated goals.

Lamont’s administration is utilizing seven criteria in its consideration for proceeding with Phase 1 of Connecticut’s reopening efforts:

Vanderslice explained how important closing has been in controlling the pandemic.

“The goal of the closing was to slow down the spread of the virus, so as not to overwhelm our healthcare system. That was accomplished. That is a big accomplishment! Think back to how you felt in late March. Behaving, as if you had the virus and as if those around you do also, worked,” she wrote.

She explained why some controls need to stay in place as a controlled reopening takes place.

“The goal of Phase 1 of the reopening is to begin slowly reopening in a manner that continues to minimize the spread until there is a vaccine so that we don’t return to where we were in March. It still means we have to behave as if we have the virus and if those around us do also. And it will mean being able to do some of the things you did before mid-March, but in a different way.”

Knowing that residents have been eager to resume using the town’s public recreation facility, she addressed how the town will begin to allow people to do that–but in a different way.

“Today, we announced sign up is now available on e-Trak for play on the WHS/RT7 tennis courts beginning on this Saturday. This is the first phase of a multi-phased opening of recreational facilities to Wilton residents only. Initially, play will be limited to singles with two family members. The rules of play are modeled after those issued by the USTA and being implemented across the state and the northeast, where play is being allowed,” she wrote, adding that additional facilities are expected to open next week.

She reminded residents about the governor’s executive order limiting gatherings, whether leisure or sport, to five individuals. “When we open additional facilities, we are required to abide by the executive order,” she reiterated.