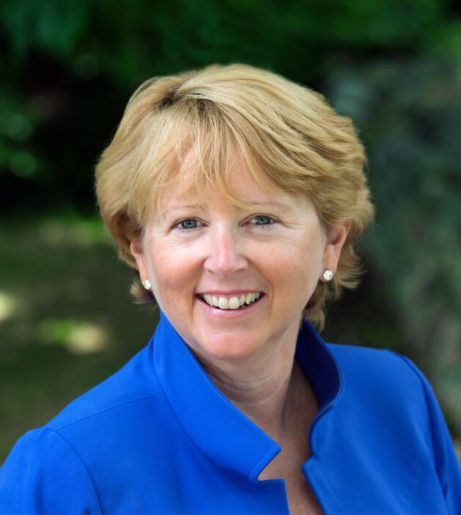 The following is an editorial written by First Selectwoman Lynne Vanderslice.

One positive outcome of the last year has been the increased demand for Wilton real estate and the high number of real estate transactions. This fiscal year, the Town’s share of Connecticut’s real estate conveyance tax is forecasted to be at least $700,000 favorable to budget. A share of that favorability will be used to minimize FY2022 mill rate growth and the balance will be invested in projects that enhance quality of life and address deferred infrastructure maintenance. Two such projects, one proposed and one moving forward include:

Last week the Board of Selectmen voted to spend up to $25,000 to engage a consultant to investigate and determine the cost of a proposal for a multi-generational dome-covered indoor field and basketball court behind Comstock Community Center. The dome would be similar in appearance to the bubble at the Wilton Y, but unlike the bubble, the dome would be permanent. The location allows for convenient use by residents of all ages.

The Town is proceeding with the first phase of the multi-phase plan for Schenck’s Island, which preserves the meadow and walking trail, while providing enhancements and additional uses. The first phase includes the installation of a new parking area, lighting and electrical power. Electrical power will allow for more events like the summer concerts already held in the park.

There are other initiatives happening that are also positive for the community.

With the passage of the American Rescue Plan, Congress is sending large amounts of money to the State and Wilton, some of which is earmarked for broadband/internet. On Friday afternoon, Gov. Lamont and I met. Among topics discussed was how the State and Wilton can work together on broadband/internet improvements. During this legislative session, the Governor has proposed to restore the statutory build-out requirements for the cable companies, require the companies provide broadband mapping and meet a broadband standard. The Governor has also proposed PURA’s oversight of broadband/internet companies be expanded and strengthened. These proposals are universally acknowledged as needed, so I am optimistic the Legislature will pass them and we can collectively improve critical broadband/internet in Wilton and Connecticut.

In 2016, the Board of Selectmen responded to property owners’ concerns about the Town’s inland wetland fees by reducing the fees. Recent exceptionally high fees paid, including for work that improved the wetlands, resulted in a recommendation by Environmental Affairs Director Mike Conklin to keep the basic fee, but eliminate the additional disturbance fee. The Board of Selectmen recognized that disturbance fees could deter residents from filing an application and deter positive impact work. The Board will act on the recommendation at a meeting in April.

The Board will also review all town fees from the perspective of whether the fees are reasonable and achieve a purpose.

The Board of Selectmen proposed FY2022 budget is 1.73% higher than our reduced and approved “pandemic FY2021 budget” and .98% lower than our FY2020 approved budget as follows:

Much of the reduction in the budget versus FY2020 is due to moving the town employees to the State Health Plan for medical benefits as of July 1, 2020.

Calendar year 2020 was the first full year of the Town’s sponsorship of two solar field projects in Middletown CT. The projects provide the Schools and the Town with credits against our Eversource bills. Taxpayers realized $178,300 in savings for calendar year 2020 as follows:

In addition to these savings, the Schools saved $96,000 in electricity costs through rooftop solar previously installed by the Town.

The Legislature is considering raising the cap on VNM projects. This will open up opportunities for Wilton to realize additional electricity savings. Sponsorship of a VNM project is preferable to roof top installations because the Town can terminate the contract, should the sponsorship no longer make sense, and no equipment is required on our roofs.

On Friday, PURA issued a draft decision on its investigation of Eversource’s performance during Tropical Storm Isaias. The first paragraph of the 111-page decision is below. A final decision, along with any fines and penalties, will be released in April after Eversource has had an opportunity to comment.

“In this Decision, the Authority finds that Eversource has not met standards of acceptable performance in certain areas in its preparation for and response to Tropical Storm Isaias. These areas include insufficient external resources in the first 48 hours of the event, communications systems failures, coordination and communications with towns through its liaison program, and Make Safe duties. Accordingly, the Authority will consider fines and penalties pursuant to Conn. Gen. Stat. 16-32i in Docket No. 20-08- 03RE01, PURA Consideration of Civil Penalty and Enforcement Action Against the Electric Distribution Companies After Storm Isaias Investigation. Further, the Authority finds that Eversource’s actions, and omissions, leading up to Tropical Storm Isaias in these areas were imprudent.”

Please contact me at via email with comments and questions on these or other topics.  Thank you for reading!

BOF Sets Proposed Budget and Bonding Proposals it will Bring to Town Meeting–But When? Where? How?