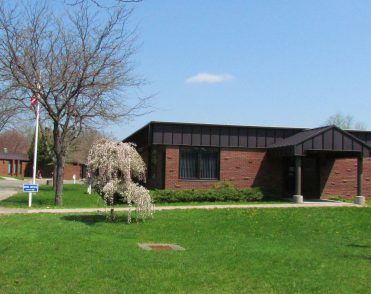 GOOD Morning Wilton spoke with Board of Education member Karen Birck, who is the vice chair of the Miller-Driscoll building committee, the group appointed by the Board of Selectmen with overseeing the process of renovating and improving the school’s physical structure. Since the Board of Selectmen have decided the renovation project on Miller-Driscoll should proceed, there has been some progress made:  Tai-Soo Kim Partners, LLC has been named as the architecture firm that will create the schematic design plans. The architects have made some headway into research, including a focus group on Oct. 1 with parents of children at M-D.

Birck updated GMW with what happened at that focus group, and what the current status of the project is.

What happened at the focus group with parents?

We had 15 parents, representing all grade levels—pre-k through 2. [Principal] Cheryl Jensen-Gerner sent a letter to all parents in Miller-Driscoll asking for participants and we opened up an email account so that parents would respond directly to the building committee. The principal and the director of the preschool were not invited to attend the focus group. We felt that people would be more willing to talk that way.

What we’re hearing from parents is that programmatically, Miller-Driscoll is meeting their expectations. However, across the board, parents said the physical facility was in need of improvement.

We told the parents they were part of the fact finding process. We also told them what our charge was from the board of selectmen, and said that while we are soliciting their input, they have to understand that we don’t have an unlimited budget, and that we would ask them to prioritize the things that needed to be done most urgently in the building. That list was topped by indoor air quality, and a very close second was acoustics. The other top two things were security and adequate space, in particular for the preschool. Space, in general was an issue.

We asked them what works about M-D now, what doesn’t work about M-D now, and to prioritize the things they would like to see the building project accomplish, and then we talked a little bit about community outreach—the fact that this would be going to the town meeting. Then we asked them, what in their mind would be the best way to reach other parents and community members.

Did you talk about funding questions and what they thought the town would accept?

We did not. We only covered funding to the extent that we said we had a limited budget at this time, and that there were a lot of expectations for this project, and we at this point did not know whether or not we could meet all of those expectations. We did tell them that there were no design options, that they were the last in the fact-finding, and that when we did have design options, we would be back in touch with them and other stakeholders to see what their thoughts were.

That’s the only parent focus group you plan to meet with?

At this time, that is the plan, yes.

What does TSK do with that information and everything else they’ve gathered?

They’re going to sift through all the information they’ve gotten and come up with 2-3 design options, which will try to incorporate as much as they heard into those designs. They will then come back to the building committee later in the month for us to take a look at it. At some point, when we make a selection and try to refine, they will be doing some pricing–Turner Construction will do some estimating–and then if it comes back way over budget we’ll have to make modifications to the plan.

The timeline that has been developed, that has been in place for a while, has this project going to a special town meeting in March. We don’t know if we’re going to be making that deadline at this point. Bruce [Likly, BOE chair] and I feel strongly that we would rather move slowly and carefully, rather than rush this.

You said that air quality is an issue. Do we have a baseline on radon measurements? Do we know where asbestos is?

We know there’s asbestos and where it is. There’s virtually no mechanical ventilation in that building so the air is not changed on a regular basis. That’s the same problem we had at the high school before we did the HVAC upgrade. We just have stagnant air in there. You are not anywhere near the number of air changes per hour that’s required by code.

So the building is operating and it’s not up to code?

It was up to code at the time that it was built.

So it’s grandfathered under what it was when it was built?

Yes, but the codes have changed so much since the 1960s, when the building was built. I think portions of it, like the new administrative areas, that’s got to be a different sort of system than the two older parts of the building.

So the March date, that’s when the town would get presented the plan and the numbers?

At that point in time, it would be a vote on a bonded capital project.

Presuming it passes, what is the hope for when renovations would start?

After it [presumably] passes and we have funding, then the architects and engineers would have to do detailed construction drawings. Construction would not start immediately. We are also trying to figure out, we haven’t decided if this is going to be a ‘renovate like new’ or ‘just an alteration’ project. It’s difficult to explain, but the ‘renovate like new’ standard construction, you have to meet the CT High Performance School standards. For example, the boilers in Miller-Driscoll are about 8 years old. [By those standards] they would have to be replaced even though they probably have 15 years of useful life in them because under the ‘renovate like new,’ all of the systems when you’re finished have to have a 20 year life.

Under ‘alteration,’ we can pick and choose what we want to do, but items that are considered maintenance, such as replacing the Corten steel around the outside of the building, are not eligible for state reimbursement; but under the ‘renovate like new’ those maintenance type items would be eligible for reimbursement. So right now we’re trying to figure out what makes sense. We have three options: ‘renovate as new,’ ‘alteration’ – both of which are eligible for state reimbursement at some rate—or don’t go for state funding at all. We have not finished the analysis for that.

If we go for state reimbursement it takes the state probably nine months to decide if the project is eligible. In the meantime, the construction drawings would be done, the architects would be working with the state bureau of school facilities, back and forth making alterations in the drawing, and the bureau would be deciding what parts were eligible for reimbursement. So there’s a process there that will take much of 2014.

Then we have to decide, depending on the design, how to phase the project. It has to be phased, because the school has to be fully occupied while the construction is happening, because we have no other place to put the children. So that, in and of itself, is going to take a lot of thought how to do that. In the best case scenario, what you wind up with is a design where you build additional space and that space then becomes swing space.

Say you build 7,500 sq. ft. of new space which is going to be intended for the preschool. After it’s built you could divide it into eight classrooms and just use it as your swing space while you’re renovating one pod. That is completely up in the air at this point—we’re just not that far down the road yet.

So it’s a long process.

Yes, it’s definitely a long process. We’re looking at, if everything goes according to plan, we’re looking at the summer of 2015 to actually start the construction.

Was there anything surprising that the parents said?

There actually was. There was a group of parents sitting at my table, and they were very concerned about technology infrastructure. They wanted to make sure that there was sufficient technology in the building because they were aware of the fact that the state of Connecticut* is changing their testing and it’s going to be computer based. They were concerned that, they wanted their children to have computer skills, keyboarding skills to take the test. So that the test results would actually reflect what the kids knew and that the kids wouldn’t be disadvantaged because they weren’t comfortable with the computers and the keyboards. I found that interesting coming from first and second grade parents.

Somehow they have tuned into that conversation, and they know that there’s a change in the way the standardized tests are going to be administered, in the next couple years, and they want the kids to be ready for it.

*Editor’s note: Connecticut is moving away from using the standardized CMT test. Like other states, they will be adopting the SBAC, or the Smarter Balanced Assessment Consortium, which is tied to the Common Core State Standards. The Wilton Public Schools are considering adopting this new standardized SBAC test as soon as this year.

And that it’s about the testing, as opposed to the computer literacy in general. Specific to testing…