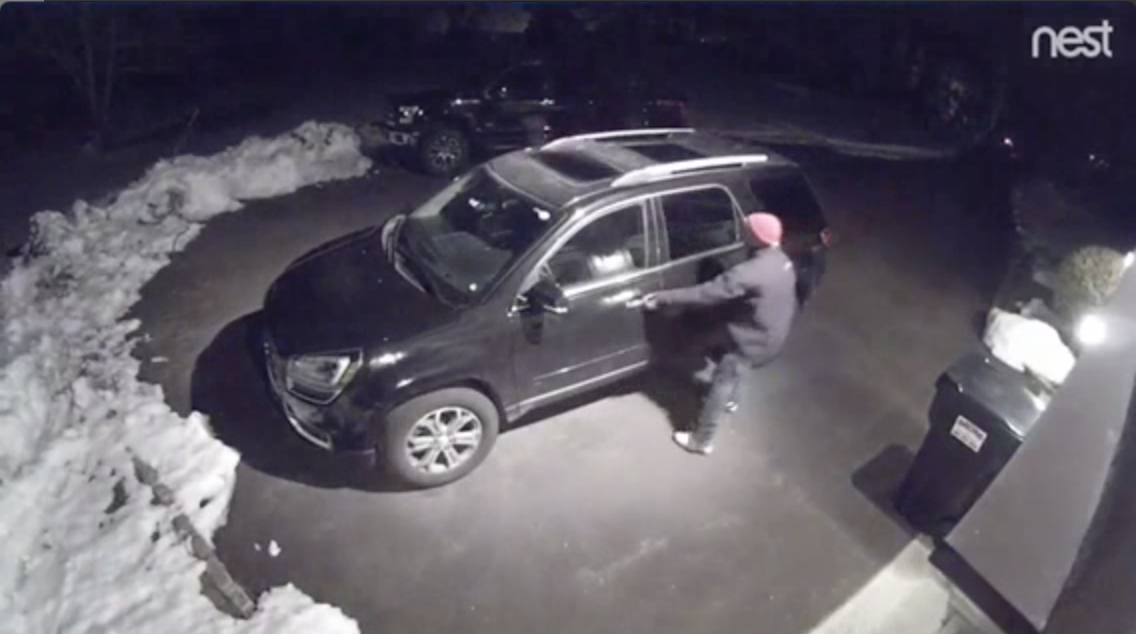 Wilton Police report that in the early hours of Friday morning, March 16, there were multiple car burglaries, several other car break-in attempts, and a car theft. Capt. Rob Cipolla told GOOD Morning Wilton that a total of 13 vehicles were entered, two entry attempts, and one vehicle stolen.

According to a post Chief John Lynch made on Facebook, several residents provided video surveillance of the suspects checking and rummaging through vehicles parked in their driveways. The suspects checked each vehicle door and if it was locked, immediately moved on to the next one. Their attempts were not specific to any one area in town.

Police are still investigating but as of now, the neighborhoods where the incidents occurred were:

At approximately 3:30 a.m. a Wilton police officer spotted a suspicious vehicle on Rt. 33/Westport Rd. The Officer engaged the vehicle in pursuit but disengaged due to the high speed. The vehicle was last seen heading towards the Merritt Parkway and area departments were alerted. The vehicle was later reported stolen from a Wilton residence.

The Wilton Police Department is asking for assistance from residents who use exterior video surveillance systems. They ask that residents review any video from the overnight hours and contact police at 203.834.6260 if anything suspicious is observed. If a vehicle was entered, they ask the owners to call even if nothing was stolen.

Police urge residents to lock all vehicles parked outside and remove all valuables; they reiterate to remember to lock cars and remove the key.