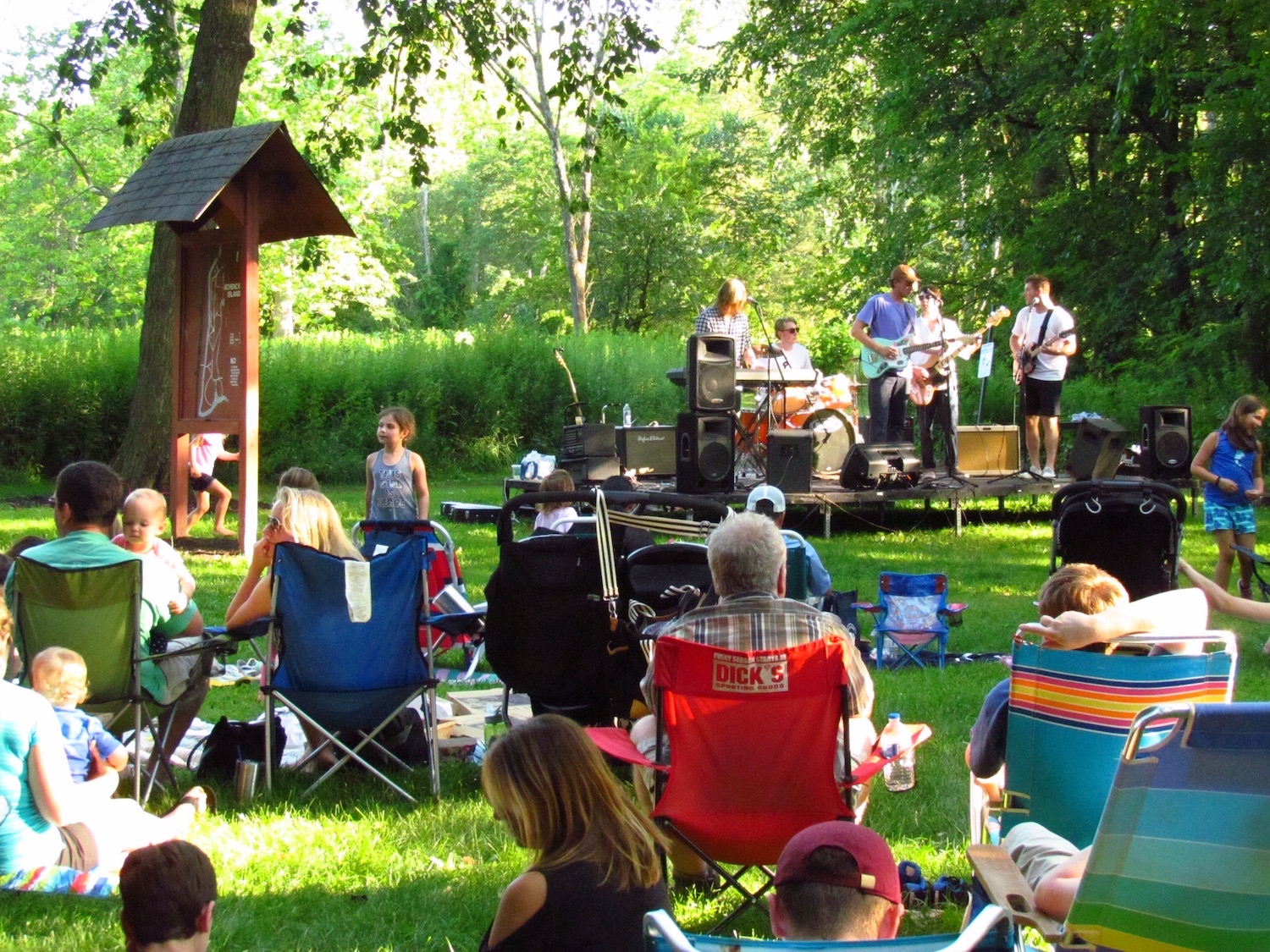 The Wilton Parks and Recreation Department has just announced its band line up for the 2019 Wilton Summer Concert Series. This year’s series will feature local acts:  Wilton Acoustic Summer Showcase (July 14); The Defibrillators  (July 21); The Treeshakers (July 28), and Joni & The Keepers (Aug. 4), playing tunes from a variety of musical genres. Concerts will be held on Sunday evenings starting this Sunday, July 14 through Aug. 4 from 5-7 p.m. with the first two concerts being held at Schenck’s Island with seating on the island and across the river at The Chess Park, and the final two at Merwin Meadows.

“We are thrilled to be offering four shows again this summer. Please come out for a relaxing evening and support these Wilton based bands,” said Steve Pierce, director of Parks and Recreation. The concerts will be free and concert goers are encouraged to set up a blanket or chair, bring a picnic, and sit back and enjoy the music. In case of inclement weather, residents are asked to call 203.454.5188.

July 14:  The summer concert series kicks off with the Wilton Summer Acoustic Showcase on July 14 with an evening of music featuring five local, acoustic guitar talents.  Headlining and hosting the event is Jeff Fox, a lifelong Fairfield County resident and musician. Fox performs solo, with the Wilton rock cover band The Defibrillators, and annually as part of Wilton Rocks for Food All Stars. Matt Greene is a longtime Wilton resident and musician, playing with the band Bob’s Your Uncle, as well as Acoustic Wilton and Wilton Rocks for Food All Stars. Scottish singer-songwriter Kathy Muir conjures enlightened songs that paint vivid landscapes of her journey as she transforms elements of pop and folk into brand-new sounds.  SnL–Susan Carson and Laura DeLallo–performs powerful and soulful originals and renditions of pop, rock, country and blues hits from the 50s to today. Ray Bryant is a Wilton resident and musician who performs solo as well as part of the group Jay and Ray, entertaining both children and grown-ups alike with energetic and hands-on musical performances.

July 21:  The Defibrillators, a local Fairfield County rock cover band specializing in 60s to 90s rock favorites, will follow on July 21. The group formed in Wilton during the summer of 2017 to take part in Wilton Rocks for Food All Stars’ summer performance. The group continued adding new rock covers and began playing throughout Fairfield County, including performing as part of Wilton’s first ever Food Truck Festival in the fall of 2018. Their motto:  “If you are looking for a dose of dance-able rock you can sing out loud to, The Defibrillators are ready to rock you back to life, one beat at a time.” The band members of The Defibrillators include:  Graham Sultan, vocals; Jeff Fox, vocals/guitar; Mark Dodman, guitar; Tim Flanagan, bass; David MacNamara, drums; and Tom Santacroche, keyboards.  The Defibrillators are also excited to welcome several local Wilton musician friends for a special introductory performance to start off the show.

July 28:  On July 28, The Treeshakers go from a whisper to a roar and back again. With soulful original songs along with blues and popular cover tunes, they are a Roots-Rock Americana band at its finest. Fronted by Wilton resident Donna Savage, and backed by journeymen musicians, they are not to be missed.

August 4:  Rounding up the summer concert series will be Joni & The Keepers–an acoustic trio comprised of Wilton locals Joni Wallace, John Taylor, and Mac Johnston–playing on Aug. 4. The diverse group brings guitar, mandolin, and violin to a wide range of musical genres–from folk and country, to rock and alternative. Wallace’s contagious energy and powerhouse vocals combined with the superb musicality of Taylor and Johnston ensures an evening of outstanding acoustic music, sure to please any crowd.

The cost of the concert is being by underwritten by The FAIR Group–William Raveis Real Estate, Wilton Kiwanis, and by Lynne and Paul Vanderslice.

Corporate or individual contributions in any amount are welcome. Visit the Wilton Parks and Recreation Department on the Town website or contact Sarah Gioffre via email for information on how to make a contribution. Ccontact Steve Pierce via email with any questions or concerns.