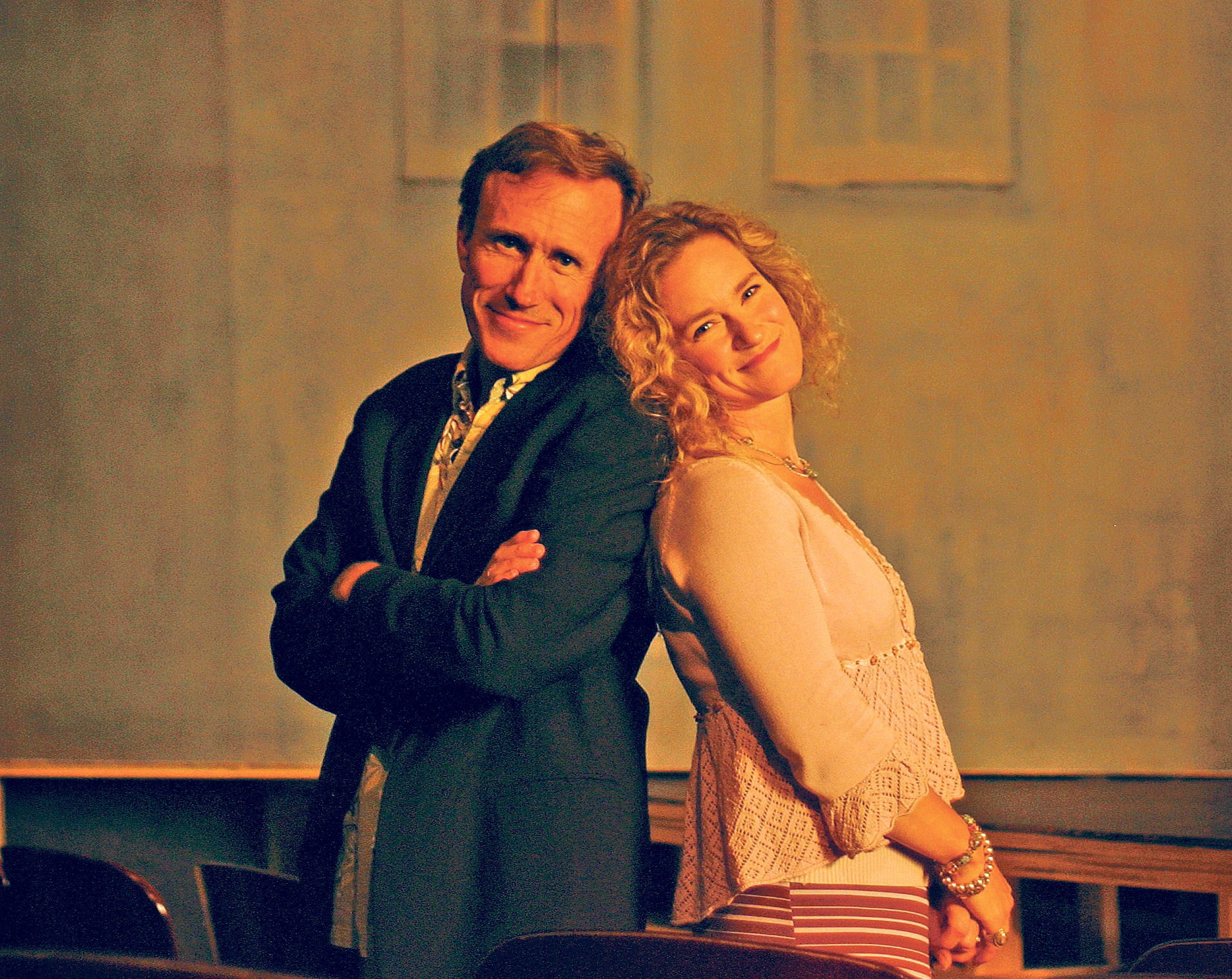 You don’t need to schlep into the city to see a world-class theatrical production this weekend, or to have a chance to “give notes” to the cast – The Wilton Playshop will stage Lord Arthur Savile’s Crime, a new musical comedy directed by Kirby Ward, and co-written by Kirby and Beverly Ward, who also wrote the music and lyrics for the show. And at $15 per ticket, it’s a cultural bargain.

The Wards, who have collectively graced stages from the West End to the Great White Way, are Wilton residents as well as the creative forces behind the show, which they adapted from a short story by Oscar Wilde. There will be two shows of this staged concert reading, at 2:00 p.m. and 7:30 p.m. on Saturday, Sept. 28.

After both performances, the audiences will have the opportunity to meet the cast and writers and give their thoughts on the play, perhaps directly impacting the finished production. Where else can one participate in the creative process of a Broadway-worthy production?

Two leading actors in Lord Arthur Savile’s Crime were recruited for the staging by the Wards, having worked with them in other regional productions. Julie Kavanagh, who plays Sybil, the love interest for Lord Arthur, worked with Bev (as she is affectionately known) and Kirby in a production of Thoroughly Modern Millie in Maine. Danny Gardner, the titular Lord, met Bev doing White Christmas in Houston a few years back. For both leads, it’s the first experience at The Wilton Playshop.

For Ridgefield High School senior Jacob Litt, 17, who plays the character of Reggie, the call for his acting services came just 24 hours before this writing (the previous actor dropped out of the production).  “I was really ecstatic, as it’s really rare for someone of my age to do a premiere reading of something with a cast like this,” Litt said. He recently played the part of Audrey II in The Wilton Playshop’s production of Little Shop of Horrors.

The mission of The Wilton Playshop, now in its 77th year in the community (spending the last nearly 60 of which at its home in the quaint “little red building” down the hill from the Congregational Church), is “to further the performing arts by providing quality live theatre to the greater Wilton area, and by doing so, provide an educational and growing experience for all involved.” It is staffed entirely by volunteers and welcomes participation by any interested individuals.

Frank Pastore, Playshop board member, encouraged anyone interested in volunteering (stressing that absolutely no theatrical experience is necessary) to come “check us out, see what we’re about.” Help is particularly needed with hospitality, handing out programs at performances, props and costumes, construction, even with beautifying the grounds around the building. “Our core group of volunteers from Wilton keeps the place moving. Local businesses have been wonderful in supporting us as well,” Pastore said.

According to Zelie Pforzheimer, president of the Playshop, “I’m so lucky to be surrounded by the talent here. We have so many opportunities for new volunteers, board members, set designers, you name it.” She added, “If you have two hours of time, you can improve your life tenfold by spending that time at the Playshop. Every kind of skill is used in the theatre; from sewing to writing to organizing to shopping at tag sales… there are a thousand little jobs that lead toward one final project: each different show.”

Not only does helping out at the Playshop give a sense of community, accomplishment, and giving back, it has even been the site of at least one wedding of an actor who proposed to his now-wife from the Playshop stage.

The next production from the Wilton Playshop will be Dancing at Lughnasa, the multi-award-winning Brian Friel play centered on the Irish Mundy family. It will run from October 18-26 (check website for dates and times).

With only 125 seats int he intimate theater, buy your tickets now. The Playshop is located at 15 Lovers Lane in Wilton. For more information, visit www.wiltonplayshop.org.