Home Community Wilton Turns Out By the Hundreds to Help Anna 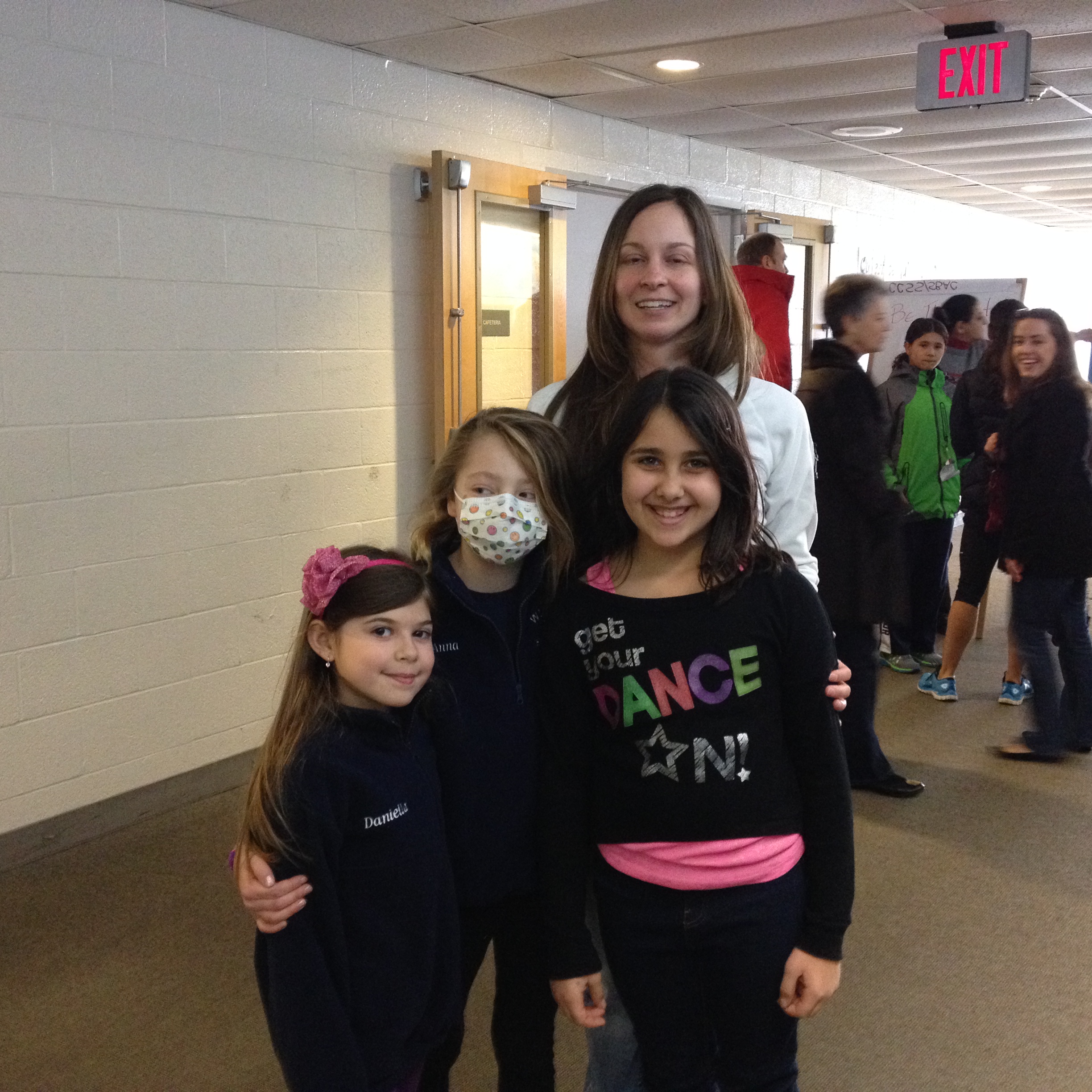 The energy, spirit and sense of community were palpable at Cider Mill School on Saturday. That’s where a steady stream of Wilton residents and out-of-towners alike came to get their cheeks swabbed at a bone marrow registration drive held for a 9-year-old Wilton girl with leukemia. While organizers say 272 cheek-swabbing kits were completed, they estimate that more than twice that number of people came to show their support for Anna Getner, who was at the drive along with her friends and family.

Despite the fact that only cheek-swab kits of adults between 18-44 could be processed at the event, the number of those much younger as well as older contributed just as much to the day.

Cider Mill Principal Jennifer Mitchell said, “The support the school community has shown is incredible; not only the students and friends of Anna, but everyone.  We had more than 20 staff members helping out today, contributing food, beverages, supplies, and their time.”  She added, “The fact that so many of our students took it upon themselves to help in whatever ways they can does not surprise me – it is a wonderful community.”

There was a multitude of examples of this financial and emotional support for Anna on display on Saturday. Cider Mill Third Grade teacher Jean Yates proudly stood with a group of her students who created bows and book marks from duct tape.  She said, “The girls came up with the fundraising idea themselves during one of the many indoor recesses we’ve had this winter. They conceived, designed, marketed and executed the entire project.”  The “Bow Flow” crew sold $161 of their products.

Third grade student Alexa Steckel, a schoolmate of Anna’s and fellow Wilton Youth Cheerleader, collected donations through her Help Change Cancer initiative. Steckel said she raised $432.12 for Anna, “so she can get nail polish or maybe some movies so she can feel better when she gets medicine and therapy and it helps if you feel happy,” according to the Help Change Cancer Facebook page.

Anna’s fellow Wilton Youth Cheerleaders joined her in a rousing “Hey all you Wilton fans, let me see you clap your hands!” which rallied the assembled crowd.  The cheerleaders also collected $1,350 in donations as payment for megaphone-shaped magnets that read, “Wilton Cheers for Anna.“

Circle of Care, whose mission is to “provide immediate and ongoing support for children with cancer and their families,” provided craft supplies for children to make pictures and cards for Anna, and procured food donations from Roly Poly and CT Coffee for the crowd.  Elizabeth Salguero, a Wilton resident and Circle of Care founder, said the organization has been working with Anna’s family since she was first diagnosed.

John Schiaroli, Anna’s stepfather, was effusive in his thanks to the community for coming out and for additional support from those who couldn’t be at Cider Mill.  He emailed to say, “I’m not really sure how to even thank people for all they did. We are so thankful. Most of all we love that 272 more donors have now been added to the Donor Database. That has the potential to not only help Anna but hundreds of others with blood cancers.”

The kits will be processed by the Be the Match Foundation to find a potential bone marrow donor, not just for Anna but for the more than 70 percent of patients in the United States whose lives depend on someone being a match for them, but who do not have a match within their own families.

According to the Be The Match Registry, each year nearly 20,000 people up to age 74 are diagnosed with life-threatening illnesses that require blood stem cell (or allogeneic bone marrow) transplants.  Most of these patients have lymphoma, leukemia–like Anna–or auto-immune diseases like sickle-cell anemia.

Anthony DiBattista, Schiaroli’s first cousin, drove an hour from his home in Hopewell Junction, NY, to participate in the drive at Cider Mill.  He was struck by something so palpable at the event on Saturday.

“As I approached the school, the first thing I noticed was the love and support from the school itself. I was able to meet the principal and staff who showed so much love for Anna. It was a very overwhelming feeling seeing all pull together – the community made (us) feel at home. Meeting the staff, friends, family and even strangers for the first time, it was like [we’ve] known them for years.  All were going the extra mile to help a very special girl in our hearts. In the end, I walked out feeling hope, and saw little Anna with the biggest smile ever. It was a smile that I will never forget,” he said.

GOOD Morning Wilton will continue to keep you updated on Anna’s progress and how her search for a bone marrow donor.

Writer’s note, by Michele Bennett:  On a personal note, my cousin received a bone marrow transplant in 2001 after undergoing chemotherapy for Ewing’s Sarcoma and subsequent Secondary Myelodysplastic Syndrome (pre-leukemia).  Today, more than 12 years later, she is cancer-free and happily married with two children.  Her bone marrow donor, who joined the registry years prior as a college student (and had forgotten he had even done so), performed her wedding ceremony seven years ago.   Similar outcomes for Anna have now been increased as a result of Saturday’s bone marrow drive.

Visit www.bethematch.org to register for a bone marrow cheek-swab kit.  To follow Anna on her journey, visit 821ForAnna.org. To contribute toward the family’s medical expenses, visit their donor website, here.