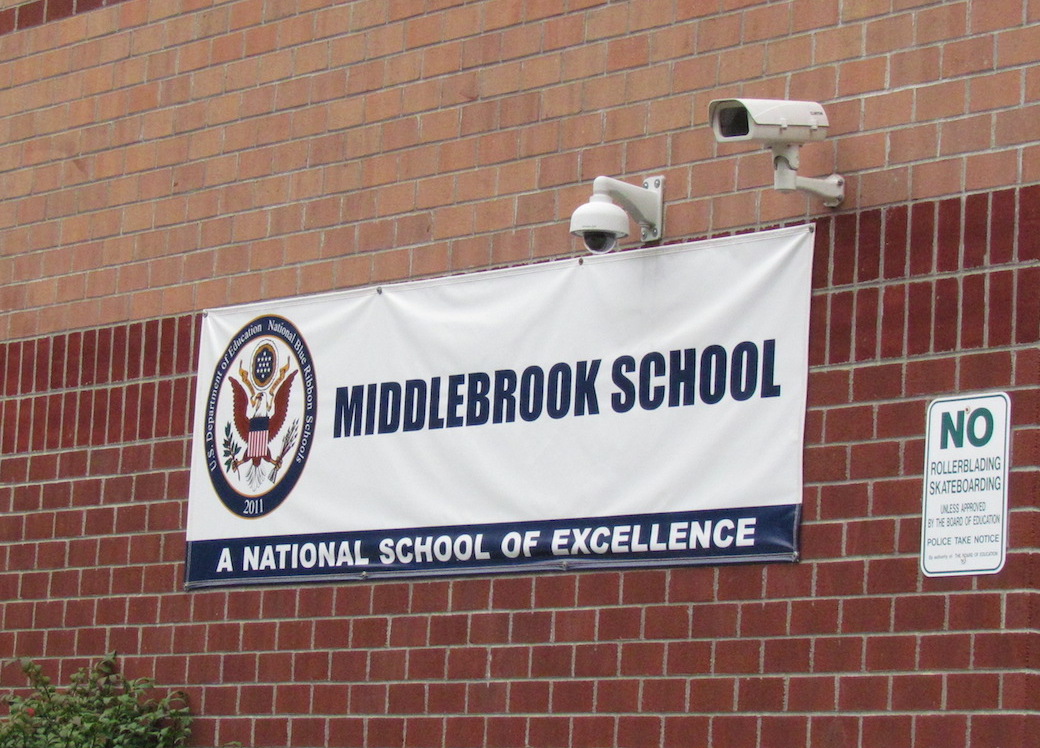 Thursday morning, (Oct. 5) a hand-drawn swastika was discovered in a bathroom at Middlebrook Middle School. GOOD Morning Wilton was informed about the discovery by a Wilton parent whose child was one of the students who saw the image. According to the parent, it was described as a swastika drawn in red Sharpie marker, on a sign about respecting others.

Middlebrook dean Jory Higgins was clearly upset about the discovery.

Among the tasks at hand facing school administrators, says Higgins, are the short term of trying to determine who may have drawn the swastika, as well as the long term of educating the community–given that most of their community are children between the ages of 10 and 14.

School administrators are very aware, too, that the age group and maturity level of kids at the middle school is much different than that of high school students, so handling the situation has to be different. But it still has to be addressed, he says.

“It’s so hurtful. And I imagine that whoever is responsible doesn’t get a fraction of what that means. But that doesn’t mean it’s not hurtful. We’re on it, we’re going to try to find out how it happened and take the opportunity to circle back with our kids,” he says. “It’s one thing to try to find out, it’s another to try to repair. How do you try to help people with the damage.”

One thing that administrators will do is to reach out to the Anti-Defamation League for assistance, as well as be in contact with local clergy. Higgins said the district has already been in touch with Rabbi Rachel Bearman from Temple B’nai Chaim.