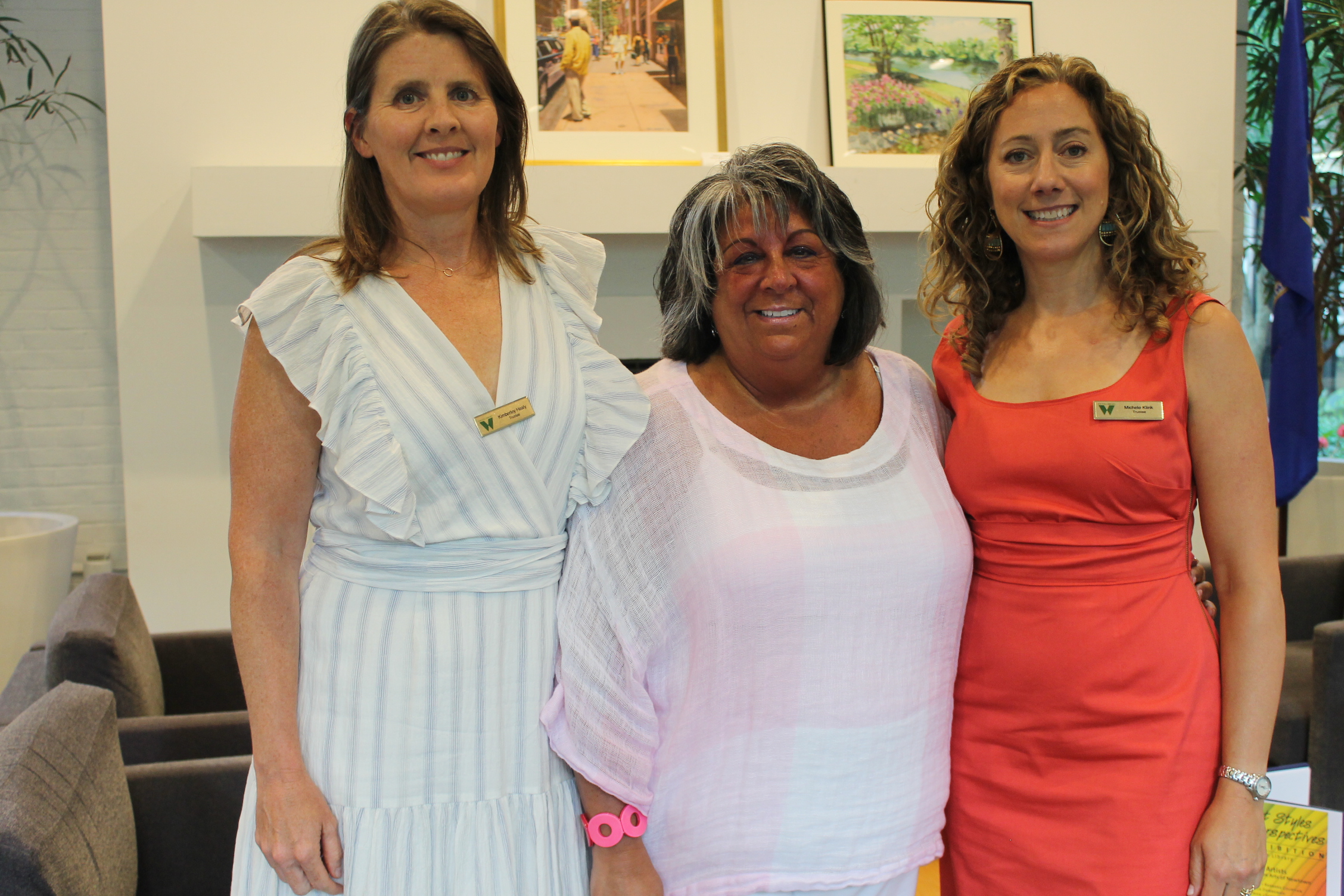 Wilton Library Association’s 124th annual meeting held on June 9 highlighted numerous accomplishments and offered an engaging author talk by Eric Klinenberg about his book, Palaces for the People. During the business meeting, officers were elected to the board of trustees while retiring trustees were honored for their service.

Wilton Library’s executive director Elaine Tai-Lauria regaled the appreciative audience with the strong collaborative programming put forth by the library this year.

Some of the highlights included the first “How Sweet it is in Wilton” Gingerbread House Contest that the library hosted in December. The library was inundated with 22 incredible entries and the community came in droves to see and vote on their neighbors’ creativity.

The library’s fourth annual Innovation Day had 33 stations with high tech, low tech, and no tech activities for all ages, and again the community participated with enthusiasm.

The second Human Library Project encouraged community members to be “human books.” They volunteered their time to share their stories with the hope of breaking down barriers based on appearance or identity, such as age, race, sexual orientation, religion, ability, and lifestyle choices. More than 150 people “checked out” the human books who shared their experiences.

The library’s most rewarding time was with this year’s Wilton Reads 2019, in which the community came together to read The New York Times bestselling book, The Tattooist of Auschwitz by Heather Morris.

According to Tai-Lauria, “The goal of this book selection was to foster awareness of the Holocaust and thereby heighten the community’s knowledge of the Holocaust in a comprehensive way. The decision in selecting this topic was inspired by the realization that with each passing day, we are losing the important oral histories of Holocaust survivors and the cumulative voice of the generation that lived through World War II.”

Guided by the library’s mission to “Inform, Connect, Enrich and Inspire our Community,” Wilton Public Schools were invited to collaborate and partner with Wilton Library in this endeavor. The comprehensive slate of programs both in the library and in the Wilton schools gave the community a full appreciation of events leading up to the Holocaust, what happened during the Holocaust, what happened afterwards, and the impact on humanity.

The library offered 250 free books to the community thanks to Fairfield County Bank and 15 programs ranging from book discussions, a history lesson putting events in context, a survivor talk, a Holocaust-inspired art talk and a musical performance, and so much more. Students in Miller/Driscoll, Cider Mill, Middlebrook and Wilton High School read age-appropriate books, while the lower grades had guest readers and authors. High school students produced a documentary with Holocaust survivors or their descendants. The entire experience culminated with a visit by the author, Heather Morris, who spoke before 300 very engaged high school students, and then she was warmly greeted by more than 400 people at the library for her talk there.

A few weeks after the annual meeting, Wilton Library was informed by Wilton Public Schools that the collaboration earned the schools and the library the National School Public Relations Association’s Golden Achievement Award, recognizing “exemplary work in all aspects of school public relations, communication, marketing and engagement.”

All of these wonderful collaborations and accomplishments led seamlessly into the enthusiastic talk by Klinenberg, professor of sociology and director of the Institute of Public Knowledge at New York University. Klinenberg’s talk was based on his book, Palaces for the People: How Social Infrastucture Can Help Fight Inequality, Polarization and the Decline of Civic Life. He highlighted how the future of democratic societies rests not simply on shared values but on shared spaces – places where people gather and linger, make friends across group lines and strengthen the entire community.  He underscored Wilton Library and other public places as such spaces that create crucial connections and contribute to the resilience of communities.

The earlier part of the annual meeting elected the officers of the board of trustees as follows:  Michele Klink, president, Rob Sanders, vice president, Carol Johnson, secretary and Kimberley Healy, treasurer. Patty Connor (pictured below, left), a retiring trustee, was recognized as the Volunteer of the Year and Suzanne Verrilli (pictured below, right) was honored as Staff Member of the Year. In addition to Connor, retiring trustees Eileen Armstrong, Gary Battaglia and Ceci Maher were acknowledged and thanked for their time on the board. 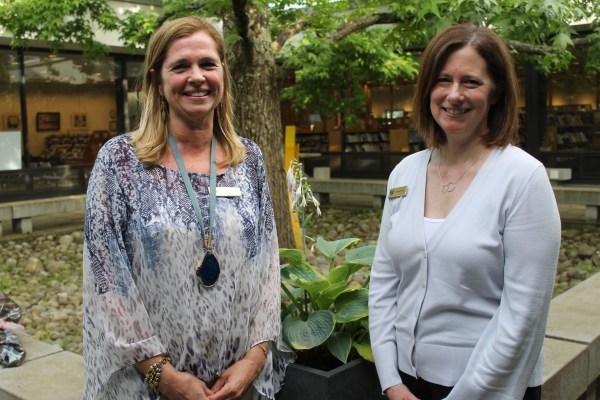 The library just finished its 2018-2019 fiscal year fundraising effort, meeting its goal thanks to the support of the community.

Tai-Lauria remarked, “We are so grateful to our appreciative community for its support in all the things we do. Thanks to people’s donations–small and large, yearly contributions or monthly recurring support–we are able to continue to provide the programs, services and technology our patrons have come to expect–especially as we begin planning our 125th year of being here for the community.”